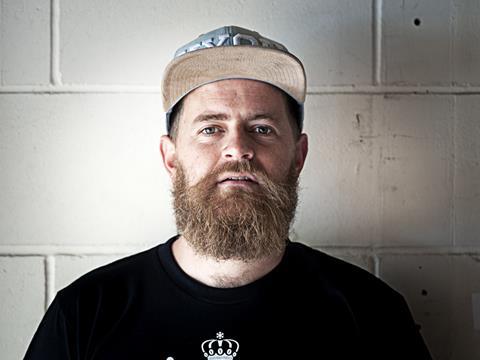 What was your first job? Buying and selling fake surf brand backpacks to my mates in Sharjah, as I was growing up in the United Arab Emirates.

What’s been your worst job interview? I arrived for an interview for a shelf-stacking job at Tesco in Bournemouth late, on my scooter and completely soaked after being caught in a storm.

What was the first music single you bought? Air - All I Need.

How do you describe your job to your mates? I tell them it is massively varied, stupid amounts of fun, incredibly hard and challenging but also one of the best things I’ve ever done in my life.

What is the most rewarding part of your job? The fact that we’re still doing it! It’s a massive risk every day, but being able to build a crew and do the stuff that we love doing is so rewarding.

What is the least rewarding part? When we hit October and accept that winter is coming and sales aren’t the best over the Christmas period.

What is your motto? Keep your chin up. We even sell hats with KYCU embroidered on them.

If you were allowed one dream perk, what would it be? Can I have two? I’d turn all roads into insane off-road tracks. And I’d surf before and after work every day.

Do you have any phobias? I hate blood, cuts and needles!

If you could change one thing in grocery, what would it be? I would make it more fun and help everyone feel happier with fewer suits, and fewer boring meetings.

What luxury would you have on a desert island? I would have my Toyota FJ40 so I could rag it around and giggle to myself all day.

What animal most reflects your personality? The Ethiopian hedgehog because it runs around like a lunatic and is hilariously stupid.

Which celebrity would you most like to work with and why? It would have to be Snoop Dogg. He’s so positive all the time and he’s a serious businessman. He’s insanely good at what he does and I grew up listening to his music.

What would your death row meal be? Three chicken shawarmas from a roadside café in Ajman, with a super-cold can of Diet Coke. Done.