Sam Benjamin, Too Good To Be Gluten Free, on Willy Wonka and macaroni cheese

Brand manager, Too Good To Be Gluten Free, on Willy Wonka, a good night’s sleep and macaroni cheese 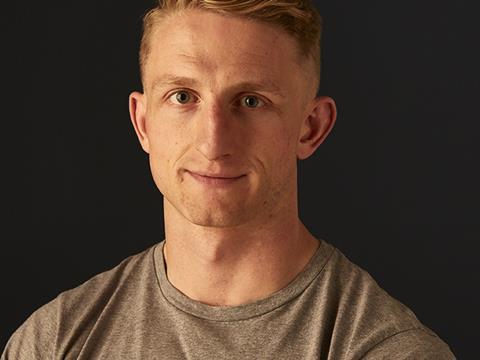 What was your first job? A standard holiday job working as bar staff at the local pub. It gave me a good grounding in customer service and people skills.

What was the first music single you bought? The White Stripes’ 7 Nation Army. I was going through a modern rock vibe at the time, but it’s still an awesome song.

How do you describe your job to your mates? Everyone thinks working in food is like being Willy Wonka. I try and encourage this as much as possible.

What is the most rewarding part of your job? Probably coming up with product ideas and seeing those products’ journey from concept stage to being stocked in high street stores.

What is the least rewarding part? Well, I love developing campaigns to promote products, but sometimes it can be less rewarding, simply because months of planning and late nights go into a campaign that sometimes is set to run for two to three weeks.

What is your motto? Just do it. Or is that Nike’s?

If you were allowed one dream perk, what would it be? A four-day week or maybe a three-day week. Whoever thought up a five/two split was mad.

If you could change one thing in grocery, what would it be? The big retail players exert a huge influence in the industry but in an ideal world I’d like to see a more even balance between them and the smaller independents, so both would be able to flourish.

What luxury would you have on a desert island? A good bed. If I can sleep well everything else is OK.

What animal most reflects your personality? I don’t know - something that eats a lot but never stops moving.

What’s your favourite film and why? I’m not a massive movie buff but I love all the Marvel films.

What has been the most embarrassing moment in your life? I’m lucky or I have no shame. Either way I’ve never really been embarrassed.

Which celebrity would you most like to work with? I’d love to work with Richard Branson. Being dyslexic and struggling academically I’ve always related to him.

What would your death row meal be? Macaroni cheese. As I’m gluten and dairy-free it would probably kill me anyway, but I’d definitely die happy.