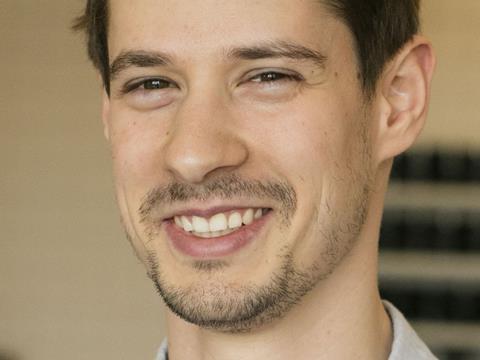 What was your first job? It was a minimum-wage gig selling jacket potatoes and salad at the local shopping centre. It came with its own little hat and apron.

What’s been your worst job interview? I went for an interview at Graze and got nervous and bit my pen really hard, causing it to explode in my mouth. I tried to play it cool, which I thought I got away with until six months later I heard the interviewer laughing about it with my boss.

What was the first music single you bought? S Club 7 - Reach for the Stars… I’ve been living by that mantra ever since.

How do you describe your job to your mates? I help show people that the best way to eat ice cream is in delicious little balls called mochi!

What’s the most rewarding part of your job? Working with super smart people who are dedicated to doing an amazing job. Also, unlimited ice cream…

What’s the least rewarding part? There are always some restrictions working in a startup. There’s hundreds of ideas we’d like to activate but have to be mega-focused - it’s a fun challenge but we do miss out on some great ideas.

What’s your motto in life? If you’re going to do something, do it properly.

If you were allowed one dream perk what would it be? To have a sauna on site and unlimited bacon sarnies (not at the same time).

What’s your favourite movie and why? Good Will Hunting. Robin Williams, Matt Damon – say no more.

What’s been the most embarrassing moment in your life? I ran for parliament in the last general election and my mum turned up to a debate, made friends with all the opponents and then let everyone know that it doesn’t matter who wins or loses because everyone is just so nice and cares loads. You never lose that feeling of playground cringe.

If you could pick a celebrity to join your staff who would it be? Why? Obama, because he’s amazing at everything.

If you could change one thing in the grocery industry what would it be? Supermarket demands for shelf life - it causes suppliers to use additives, ship unripened fruits & veg, use excessive packaging and undermines local suppliers.