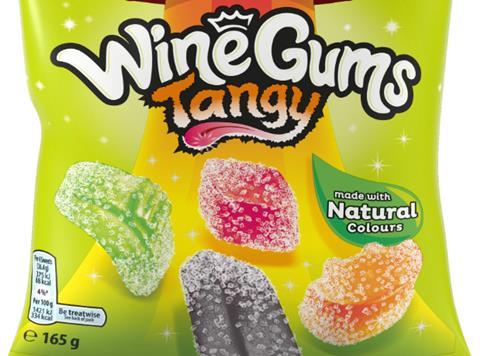 Maynard Bassetts is marking its first anniversary as a confectionery ‘super-brand’ with the launch of Wine Gums Tangy.

Rolling out this week in a 165g pouch to tap the adult candy category, the NPD is the third since the merger by Mondelez of Maynard and Bassetts last February (rsp: £1.32/PMP: £1). It will be followed in May with a six-week TV campaign for the brand’s Wine Gums portfolio, as part of a £6m spend for 2017.

While 74% of adults were “open to” sour sweets, only 26% currently bought into the sector, said Katie Bashford, senior brand manager for joyful candy at Mondelez.