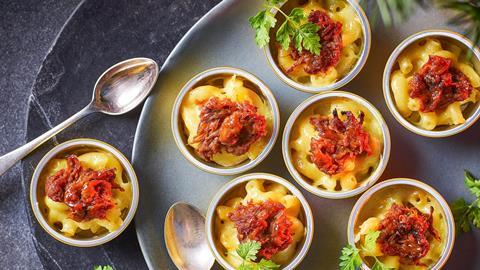 Orange and maple are the big flavour trends for Tesco this year and it has threaded the combo through meats, cheese and desserts. It’s also introducing some twists on British classics like crumpets and sausage rolls. Here’s our pick of the range. 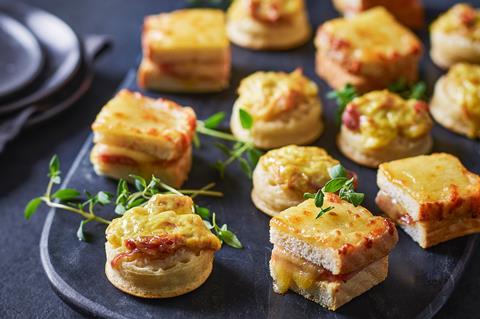 Comfort food meets party food, these toasties are filled with Wiltshire ham, West Country Cheddar and topped with cheese sauce. They come in packs of nine for £4. They’re joined in the range by mini crumpets topped with ham hock, cheddar and bechamel sauce, in a 10-pack for £5. Both will hit stores on 12 October. 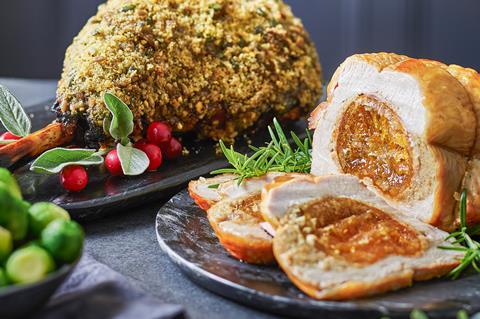 Orange is a big flavour trend for Tesco this year and it has used it alongside sour cherry, duck and pork for the candied stuffing inside this free-range boneless turkey parcel. 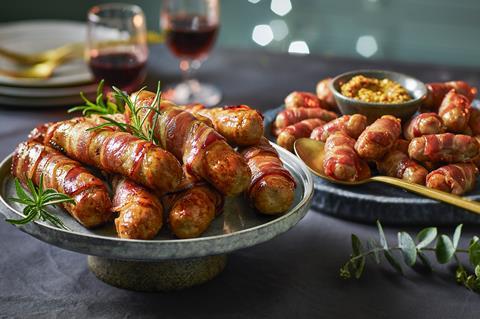 The bigger the better, right? Instead of dinky chipolatas, Tesco has hand-wrapped British pork sausages with smoked streaky bacon for this supersized side. They’ll be in store from 23 November in packs of 10 for £2. 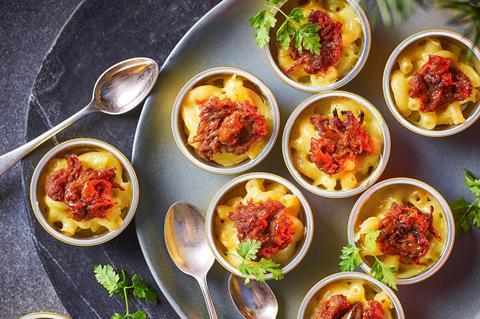 These bites of mac & cheese have a kick of mustard and are topped with pulled, smoked beef in sweet barbecue sauce. They come in a 12-pack and will be in stores from 12 October for £5. 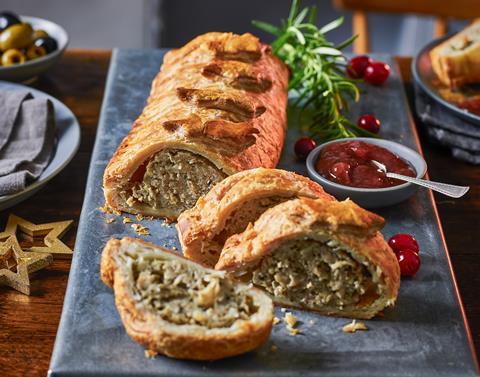 A different take on the traditional yule log, this roll is made of seasoned pork meat wrapped in puff pastry, topped with pastry leaves. It’s rolling into chillers from 16 November for £5. 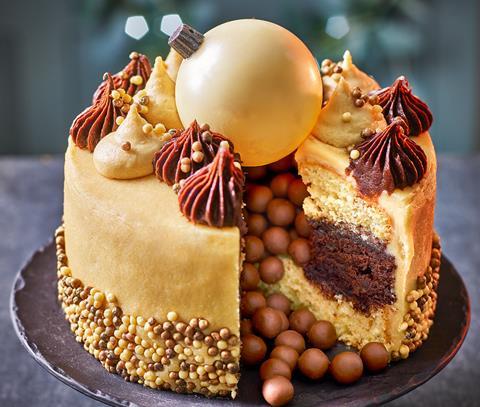 Drama for the Christmas table, this centrepiece cake is made with Valencian orange sponge, sandwiched with orange brownie and maple buttercream, topped with a white chocolate bauble. It also has a hidden centre of chocolate cereal malt balls which tumble out when the cake is sliced. It will be in stores from 23 November for £13. 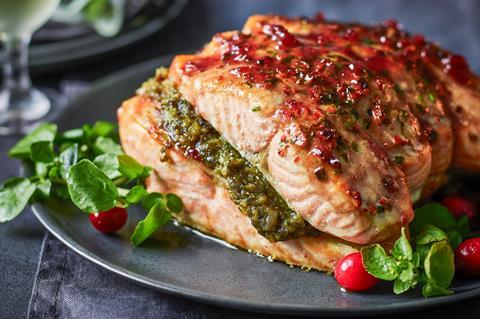 These Scottish salmon fillets are stuffed with a roasted chestnut mushroom and caramelised red onion filling and are covered in a cranberry glaze. It will be in chillers from 21 December. 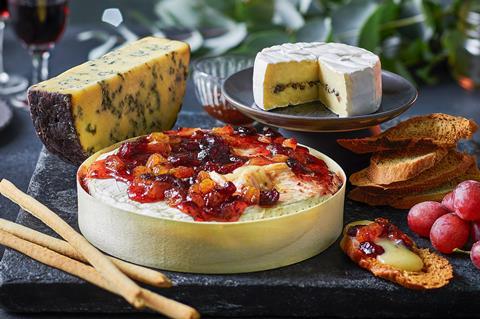 The French cheesemaker behind this brie slices it in half horizontally to infuse a layer of white Italian truffle into the centre, before leaving it to mature for over a week. Other new launches in the cheese chiller for Christmas inlcude a baking brie topped with cranberries, golden raisins and an orange liqueur glaze and an aged Stilton steeped in port. They’ll be entering stores from 16 November. 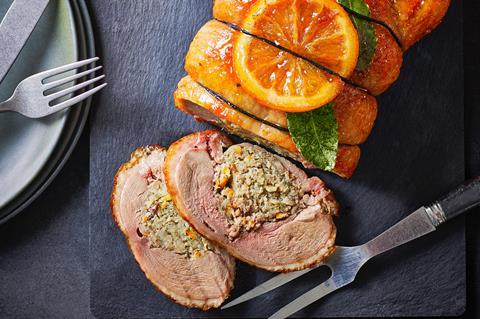 Another orange and maple centrepiece, this prepared duck has the flavour combo as a glaze and through the pork stuffing. It’s easy-carve and “hand cut, trimmed and prepared by skilled butchers from a family-run company with over four decades of experience” according to Tesco. It’s coming to stores from 14 December.