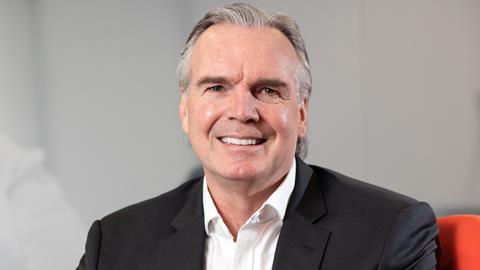 How Ronald Kers has driven recovery at 2 Sisters

When Ronald Kers pitched up as 2 Sisters Food Group’s new CEO in June 2018, he was joining a business in turmoil.

While it had become the country’s largest food supplier under the leadership of founder Ranjit Singh, the supplier – with interests sprawling across categories as diverse as poultry, Christmas puds, pizzas and biscuits – was beset with a series of calamities.

Not only had it been implicated in a high-profile food safety scandal in the autumn of 2017 – seriously damaging its reputation – it had also started losing money.

The fallout from that scandal, where ITV and The Guardian uncovered a series of alleged food safety violations at its West Bromwich factory, led Singh to admit it was time to “build a better business” to MPs on the Commons Efra Committee.

By the time Kers got his feet under the table, promising to “transform the business” the company was already on an unenviable run of losses, compounded by the blow of a downgrading of its credit rating by Moody’s in April 2018 to Caa1 in the face of a “further deterioration in the company’s operating performance”.

But ever since that nadir, 2 Sisters has been “transforming”, stresses Kers. That work to turn the group around culminated in the long-awaited offloading of Fox’s Biscuits in October to Ferrero in a £246m deal, followed by a £475m refinancing of the business later that month and a 787% increase in operating profit in its latest accounts to £39.9m.

So how did Kers revive the business? The first thing was to “identify where we went wrong”, he says. The seed of decline had been planted in 2011 with 2 Sisters’ acquisition of Goodfella’s and Fox’s owner Northern Foods, he concluded.

Singh created headlines by scuppering Greencore’s bid for the firm with a £342m cash deal. But despite spending big on the purchase and a series of capital projects “the business then went through a heavy cash burn for five years” Kers points out, and “didn’t deliver results”.

2 Sisters – a business borne of Singh’s entrepreneurship in the early 1990s – had also become too big for its governance structure. “It was not equipped to work as a big group,” Kers says. “It was still Ranjit as the entrepreneur trying to run everything without necessarily having the right governance and people in place.”

By the time the Dutchman and his team joined, a restructure was already underway. “So we then started reshuffling and building capability below the exec team. And then we got really clear on strategy,” he recalls, with a big focus on rebuilding trust.

“We said we wanted to be the leading poultry-plus business and also we want to be famous for the quality of our products and the strength of our people.”

The reason Kers chose those two key objectives was “because they had become weaknesses for the business rather than strengths”, he says. “So by calling them out we got the company engaged.”

What followed was a series of senior appointments, including ex-Greencore executive Helen Sissons as group technical director in March 2019. “But it wasn’t just Helen. We built a really good, strong technical team and invested in that area – we had to make sure we had top-class quality.”

● October 2017: Singh is hauled before the Efra Committee, and promises 2 Sisters will change

● February 2018: Singh announces he will step back from the CEO role and take up new post as president

● April 2018: After a series of losses, 2 Sisters’ credit rating downgraded

● June 2018: Kers is made CEO. He embarks on divestments including Manton Wood in November, and Christmas pud business Matthew Walker in November 2019

● October 2020: Fox’s is sold to Ferrero, while 2 sisters lands refinancing deal with investors

While Kers’ strategy was crucial in building on expertise, he also had to deal with its losses, “so every unit that doesn’t fit that poultry-plus agenda has to be disposed when the time and the value is right”.

“Over the past two-and-a-half years we disposed of six different business units and generated more than £700m of enterprise value [through the sales]. That helped us to narrow our focus,” he adds, hinting there could me more to follow.

Fox’s, of course, was the last in a long line of divestments. “People have been talking about selling it for 10 years. Finally we’ve done it and done it well, at a good multiple with a good buyer.”

The company’s divestments and restructuring means its manufacturing base has shrunk from 45 factories when he started to just 30.

Kers says the subsequent financial recovery of the business, topped by a surge in profit and an endorsement from investors through its refinancing, represents the “output of the many good things we have done to transform” it.

And despite many a rumour of discord between Kers and Singh over the past year, he’s had the full support of the food giant’s founder, he stresses.

In fact, so well do they work together, an internal source likens their relationship to John Lennon and Paul McCartney.

“I’m always very direct with Ranjit” says Kers. “Sometimes we have very tough discussions, I don’t hold back and he doesn’t either but we’re both mature guys and we have the best interest of the business in mind.”

Singh also holds the position of MD of 2 Sisters’ UK poultry division – a position he stepped back into late last year . That may sound like a strange set-up, with Kers’ boss also reporting to him, but it works, and is the result of the more professional governance structure implemented by Kers, he argues.

“What also works really well with both of us is neither of us has a big ego. Ranjit is an incredibly hard working, modest guy. If I have a fallout with him, that’s ok. An hour later, he says it was for best for the business, and I do exactly the same thing.”

With the Dutchman having laid stronger foundations for the business, he is now looking to the future – despite a bumpy year caused by the pandemic.

2 Sisters saw two factories temporarily closed due to cases of Covid, but despite the costs incurred as a result, the business managed to maintain supplies to all its customers. “One of the advantages we have is our network allows us to reshuffle volume and production to another site, and still meet the demands of our customers.”

And it is through this flexibility that he believes 2 Sisters still has much more room to grow.

“We need to do more – and have a plan – on issues like sustainability and automation, and we also need to work on things like corporate reputation and retention of people,” he says.

Kers is relishing the job, and when asked what stage of the Lennon and McCartney relationship he’s at with Singh, he stresses they are now in the Revolver era, rather than The Beatles’ more fraught later years. “There’s so much more upside potential in the group, and that’s what investors have seen. I honestly think we’re only halfway where we should be going as a business and that’s what we’re focusing on.”