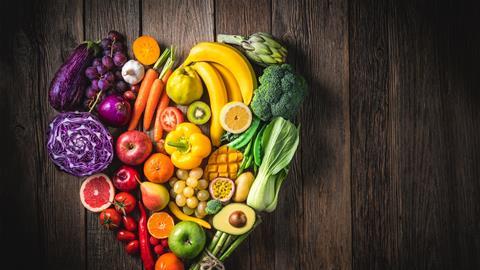 With each Veganuary comes yet more momentum for the plant-based movement. But the vegan market is still small fry compared with meat and dairy – and questions remain over its long-term potential

It’s the food love story of our time: Brits are going crazy for plant-based. Yet another record-breaking Veganuary, alongside a general interest in all things vegan, is sending supermarket sales to new highs.

While reports of the imminent demise of meat and dairy remain greatly exaggerated – plant-based, despite its success, is still tiny in comparison – the boom is impossible to ignore. The meat-free and plant-based dairy categories have in essence doubled in size over the past five years and are now worth just under £600m each [Kantar 52 w/e 4 Dec 2016 vs 29 Nov 2020].

No wonder corporates are lining up to declare their commitment to the cause. Tesco has pledged to hike sales of meat alternatives by 300% by 2025; Unilever wants global plant-based sales to hit €1bn a year.

But as more players rush into the sector, is there really enough consumer appetite to sustain this level of growth? What do brands and retailers need to do to keep increasing sales? And what barriers and obstacles could potentially derail this love story?

Getting a solid handle on the prospects of plant-based – or indeed any category – is tricky right now. Growth of meat-free and plant-based dairy sales accelerated in retail in 2020, but the data is muddied by the pandemic. “It’s hard to say exactly how much of the growth we’ve seen this year is Covid-related and how much isn’t,” says Thijs Geijer, senior food sector economist at ING. “Some of it is underlying category growth and some is down to people spending more time at home and consuming in the home.”

The stonking performance of meat and dairy in 2020 further complicates the picture. Four of the five fastest-growing products in The Grocer’s 2020 Top Products Survey were meat products, and both dairy and meat featured among the 10 fastest-growing categories.

Yet while some of this is down to spend moving into retail (and a strong barbecue season), research suggests changing shopper attitudes may also have played a part. A Mintel study conducted at the end of 2020 shows 41% of UK consumers say they are either not eating meat or actively reducing their meat consumption. In 2019, that figure was 51%. “Lockdown has definitely had an impact on those consumers who needed a bit of comfort and tradition in their meal choices,” says Mintel global food and drink analyst Edward Bergen.

Nevertheless, he expects plant-based to keep growing – and he’s not alone. ING forecasts meat and dairy alternatives to be worth €7.5bn in Europe (including the UK) in 2025. That’s up from €4.4bn in 2019.

Kantar consumer insight director Tesni Steele Jones also dismisses the idea Covid will curb the movement. “There was an element of uncertainty in the spring of 2020, when people were reverting to old habits, but since we’ve become used to this new way of living, plant-based categories have been able to play into that.”

That’s why current growth rates are absolutely maintainable, Steele Jones adds, though she cautions “it will take a bit of adapting to ensure retailers and brands are offering the right proposition”.

Specifically, companies will need to think more outside the box when it comes to innovation. “Some of the categories are very heavily populated at the moment,” she adds, and in danger of saturation.

Saturation could already be harming growth prospects in certain parts of the plant-based space. Household penetration of meat-free has been stuck at roughly 47% since 2019, with just 108,000 new shoppers entering the category in the past 12 months [Kantar 52 w/e 1 Dec 2019 vs 52 w/e 29 Nov 2020]. But during the same period, more than 1.5 million new shoppers came into plant-based dairy, taking penetration from 39.4% to 44.6%.

“Meat-free might have reached the realms of what it can achieve with the offer that’s currently in the market,” says Steele Jones. “For manufacturers it’ll be important to think about what areas they can innovate in to boost penetration.”

Many are already doing precisely that. Chicken and beef substitutes have been a big focus of this year’s Veganuary launches, with Kerry Foods adding chicken-free burgers and ‘no beef’ strips to its Naked Glory brand, while Moving Mountains has branched out with beef-flavoured strips, and Squeaky Bean has unveiled four new chicken-style pieces.

These ‘semi-scratch’ products are promising, says Bergen at Mintel. “Because of Covid, we’ve had more people cooking at home and looking for convenient solutions, so there is an opportunity to do something in between that isn’t fully raw but that’s not a ready meal.”

Others are looking at different mealtimes. Victoria Southern, marketing and category director at Kerry Foods, says its ambition is “to have a meat-free alternative for every mealtime. There are still gaps and white space we can capitalise upon,” she argues.

That includes snacking, which Kerry is targeting with its new range of plant-based Fridge Raiders bites. In plant-based dairy, meanwhile, cooking ingredients and cheese alternatives have potential.

Of course, today’s plant-based universe extends far beyond direct replacements for meat and dairy. As more major brand owners release vegan versions of popular ranges – Mars’s recent launch of vegan Bounty and Topic bars are a case in point – there will be plenty of eye-catching innovation to keep shoppers engaged.

And let’s not forget that driving growth isn’t just about NPD. Brands say they need support from retailers in the form of shelf space. “It is no longer enough to have one plant-based fixture in store,” says Southern.

Ishen Paran, UK general manager of Oatly, agrees “the macro space in the retailers is really key. Availability has been a challenge in the past because the space was very restricted so products sell out very quickly.” But that’s changing, he adds. “We’ve seen a lot more display features, promotions and things like that. Plant-based foods are now coming to the end of the aisle, where they never used to be.”

At the same time, brands recognise they need to up investment. “Brands need to support new launches with marketing activity,” says Jess Ali, general marketing manager at Birds Eye. The brand has spent £6.1m on supporting Green Cuisine since its launch in 2019, including targeted promotional activity. “Maintaining this focus on speaking to shoppers to drive consumption has benefited the range and also helped support the success of the category,” she adds.

”Plant-based foods are now coming to the end of the aisle, where they never used to be”

There are, however, marketing pitfalls to avoid. Brands shouldn’t make their messaging “too vegan” believes Bergen at Mintel. “This is about mainstream consumers,” he says. “The category needs to focus on taste, flavour, occasions and price.”

Steele Jones agrees. “The main focus of comms and messaging needs to be about taste,” she says. “That’s still one of the biggest barriers. For manufacturers, it’s all about developing great products that taste good and then also telling consumers.”

David Knibbs, director of The Tofoo Co, knows this all too well. “There are still many barriers to trying tofu,” he says, including “myths and misconceptions that all tofu is bland, soggy and boring”. The brand has managed to build up a loyal shopper base with little marketing spend to date, but Knibbs acknowledges this will have to change. “The need to drive penetration even further will require more investment,” he says.

There are other barriers, chief among them price. For now, most plant-based products command a premium over their animal equivalents. “Plant-based products need to get on a par with meat and dairy products to attract a broader audience,” says Geijer at ING.

ING predicts price parity will happen by 2025, driven by factors including greater economies of scale and retailers using their buying power to push down purchasing prices on own-label ranges.

Those for whom parity is not feasible will need to communicate why they’re worth paying more for – especially if the economy worsens. “If shoppers are starting to look at how they can reduce spend, then something like a plant-based milk, which is a lot more expensive than a regular pint of cows milk, could be swapped out,” says Steele Jones.

Some also worry growth could be derailed by a health backlash. The processed nature of many plant-based products clashes with the desire for ‘clean’ labels.

Still, plant-based has defied expectations for years. Paran’s brand is a prime example. “A 300% increase. I used to laugh at numbers like that before I joined Oatly. But I don’t any more because plant-based always grows beyond expectations.”

Steele Jones is also confident. “Going back five or so years ago, the perception was that it’s a fad,” she says. “Many people expected it to hit a ceiling, but instead lots more consumers have decided to adopt a flexitarian lifestyle. Plant-based is very much cemented as part of people’s consumption now.”

So, the UK’s love affair with all things plant-based shows no sign of fizzling out.

How the meat-free and dairy-free markets have soared

UK sales of meat-free and plant-based dairy products have roughly doubled over the past five years and are now worth close to £600m each.

Growth has been driven primarily by penetration gains. From 2016 to 2020, three million new shoppers bought into meat-free and 3.7 million shoppers came into the plant-based dairy market.

More recently, the levers of growth have changed. While plant-based dairy continues to see strong penetration gains (1.5 million new shoppers entered the category in 2020), penetration growth in meat-free is plateauing. Instead, frequency is up as existing shoppers buy more frequently.

Despite these differences, both categories saw sales growth accelerate in 2020, with meat-free jumping from 17.5% growth in 2019 to 24% in 2020 and plant-based dairy moving from 13.1% to 26%. However, the effects of the Covid-19 crisis make it hard to tell to what extent this reflects a genuine increase in demand or simply the displacement of sales from the out-of-home market.

New formats and occasions will be key to driving future growth, as will NPD beyond core products such as burgers, mince, sausages and milk alternatives.

Brands also need to be ready to respond to the end of lockdown restrictions, says Kantar consumer insight director Tesni Steele Jones. “The growth in 2021 will very much depend on how brands react to what consumers are able to do and ensure they stay relevant.”

Still, tough comparatives could make it hard for the sector to show (as much) growth this year, warns ING’s Thijs Geijer. “It’s nothing to worry about because it’s just a year-on-year effect,” he says. “In many ways, it’ll be more important to see what growth will be in 2022.”