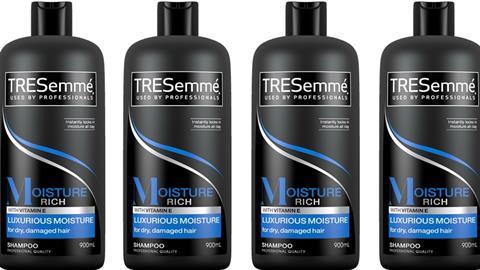 Are Unilever’s new plastic commitments as significant as they sound?

Unilever has ramped up its commitment to reduce plastic waste, announcing major plans to slash its use of new plastics in half within the next five years.

The Anglo-Dutch supplier intends to eliminate more than 100,000 tonnes of packaging by 2025, as it invests in reusable and/or refillable packs, plastic-free solutions such as alternative packaging materials or ‘naked’ products, and reducing the amount of plastic in existing packs.

This made Unilever “the first major global consumer goods company to commit to an absolute plastics reduction across its portfolio” it claimed this week.

So, how significant are the company’s latest commitments? And do they go far enough?

Since 2017, Unilever has focused on using either less plastic, such as its new Cif Eco Refill, ‘better’ plastic, including the detectable pigment used by Lynx and Tresemmé that makes black plastic recyclable, or no plastic, such as its refillable stainless steel packs on the Loop platform.

They are all part of the company’s aims that, on paper, are arguably more ambitious than its bigger food and drink rivals’. Nestlé’s commitment to tackling plastic waste, for instance, is to ensure 100% of its packaging is recyclable or reusable by 2025, and to make greater use of paper and rPET over virgin plastic. PepsiCo, meanwhile, plans to make all its packs recyclable, compostable or biodegradable by 2025, and to use 25% recycled plastic content in its plastic packaging by the same deadline.

Certainly, commentators consider Unilever ahead of the curve. Sustainability campaigner Ellen MacArthur, founder of the Ellen MacArthur Foundation, yesterday urged other suppliers to follow the Marmite maker’s lead, “so collectively we can eliminate the plastic we don’t need, innovate so what we do need is circulated, and ultimately build an economic system where plastic packaging never becomes waste”.

Opinion: Criticism of Unilever’s plan for plastic is misplaced

Unilever’s latest announcement was “a significant step in creating a circular economy for plastic” she said. “By eliminating unnecessary packaging through innovations such as refill, reuse and concentrates, while increasing their use of recycled plastic, Unilever is demonstrating how businesses can move away from virgin plastics.”

Unilever is a founding member of the UK Plastics Pact, overseen by Wrap. The campaign group’s resource management specialist Helen Bird says Unilever is “showing leadership in its efforts to help tackle plastics pollution and taking responsibility for the plastic packaging it puts on the market. Its commitment to halving the use of virgin plastics is ambitious and reflects the scale of the problem we are tackling.”

There have been “several good examples of innovation and redesign from Unilever in recent months” Bird adds.

The supplier also intends to help collect and process more plastic packaging than it sells by 2025 – a target of 600,000 tonnes. It has committed to direct investment and partnerships in waste collection and processing, buying recycled plastics to use in its packaging, and participating in “extended producer responsibility schemes” whereby Unilever pays directly for the collection of its packaging.

The Ben & Jerry’s owner “has got to be applauded” says The Recycling Association CEO Simon Ellin. For some time, the association “has been calling on manufacturers to take more responsibility for the waste they produce. Many manufacturers are now taking action, but Unilever has always been a leader in this.

“By promising to collect more plastic, invest in infrastructure and use more recycled content, Unilever is making a commitment that others should seek to follow.”

Ellin ends on a note of caution, however, advising Unilever “to ensure that any materials used to replace plastics have had a rigorous life cycle assessment to ensure they are a sustainable option”.

His comments reflect those of others – who say Unilever’s steps, while laudable, still do not go far enough. Mike Shore, MD of Key Brands International, says the company’s food and drink offer would be better served by the removal of all oil-based plastics, amid rising concerns it has a detrimental effect on people’s wellbeing. “We want the public to be healthy as well as environmentally aware.”

But he agrees Unilever is “showing a strong commitment in the reduction of virgin single-use plastic – one which we encourage on household and laundry items”.

Meanwhile, Sian Sutherland, co-founder of campaign group A Plastic Planet, praises Unilever for being “one of the few who are showing real intent to turn off the plastic tap”.

But it’s just as well because the company is “one of the top five polluters of our planet” she adds. “We want to see them being more ambitious by reducing overall plastic by 50% – not just virgin plastic. Recycled plastic is still only one step away from the bin, incinerator, landfill or ocean. It is never going to be our final answer, and we need to admit this now.”

So, while Unilever and its rivals are making great strides in cutting their use of plastic packaging, there’s still more work to do. Including using their considerable influence to drive a shift in behaviour away from the current ‘throw-away’ culture.