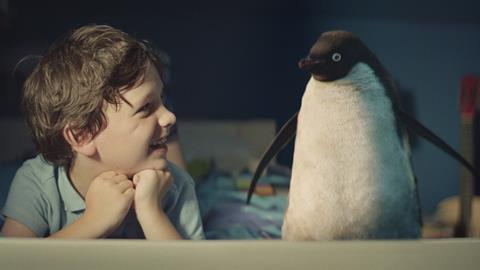 Beat the competition: how characters & mascots bring profit to campaigns

Capturing and retaining consumers’ attention has never been tougher in an increasingly competitive grocery market. But making an impact is possible with a powerful, yet forgotten, solution: well-crafted characters and mascots, which can bring 7.9% more profit to a business’ campaign, says Moving Picture Company.

When it comes to advertising, the use of characters and mascots is, of course, nothing new. Everyone can recall at least one or two iconic brand characters and the effect they had on both brand perception and recall, from Tony the Tiger to the Jolly Green Giant. In 1992, 41% of campaigns used a character or a running theme in their campaigns – today the number stands at just 12%1. Considering the crisis of short-termism facing marketers and brands alike, it might just be the right time to revisit characters and mascots. 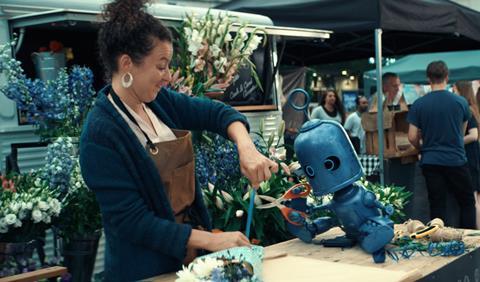 A new whitepaper published by the Moving Picture Company (MPC), known for its work on The Lion King, Cruella, and many more, delves into the impact that mascots and characters have on the effectiveness of advertising through a myriad of factors. MPC’s findings show that brands utilising some form of a CGI character or mascot strengthen their messaging and communications across platforms, increase profit and share of voice, battle short-termism, and facilitate stronger brand engagement across the board. It seems too good to be true, but the statistics back this up. It was found that long-term campaigns featuring a character increased market share gain by 39.2% compared to 29.7% for campaigns that didn’t; profit gain likewise increased to 34.2% against 26.2%2.

The key to breaking through consumer cynicism and capturing the market’s continually fragmented attention span lies in the emotional connection that characters and mascots are able to form with audiences. In recent years, retailers like Aldi and John Lewis have relied heavily on CGI characters to lead the conversation around Christmas advertising.

In 2016, the British and Irish advertising markets saw the arrival of Aldi’s Kevin The Carrot, a friendly animated carrot that walked customers through the supermarket’s Christmas range. Even though Aldi was doing exceptionally well, achieving 45% growth year on year3, they were struggling over the Christmas period as most customers chose to shop at more expensive retailers during the festive season. Looking to retain their core customers, Aldi realised that they needed help redefining what ‘everyday’ meant in the context of Christmas. That’s how the idea of an animated festive carrot – the most mundane item in a shopping basket – was born.

It worked so well that Aldi brought Kevin back for the next two Christmas campaigns. Between 2016 and 2019, the Christmas campaigns resulted in Aldi beating its sales performance target by more than 5% while increasing from 19x growth in 2016 to 30x growth in 20194. A plush Kevin the Carrot toy released by Aldi sold out within 30 minutes of landing in stores. The campaigns worked to improve customer loyalty and sales of premium products, while a report for Kantar marked the 2019 campaign as the most effective out of 3000 Christmas campaigns, leading in categories like brand building, differentiation, and emotional impact.

John Lewis is a known big-hitter when it comes to Christmas advertising and, over the years, the retailer has built on this success with the help of highly cute and emotive CGI characters that tug right on consumers’ heartstrings. Monty the Penguin, 2014’s offering from John Lewis, remains the retailer’s most iconic character. The Christmas period is extremely valuable to John Lewis as it accounts for about 20% of sales and 40% of annual profit5. Using the insight that children typically see their stuffed toys as real living friends, the creatives behind the campaign set about bringing a fluffy penguin to life using CGI while maintaining a good amount of realism. More than 250,000 people clicked through the ad and to the John Lewis website. The Monty and Mabel soft toys the brand launched in conjunction with the campaign sold out on the day of the campaign’s online premier. In fact, the profit from the sale of campaign merchandise alone was so high that it paid for the entire costs of advertising.

Cutting through the noise

For both of the aforementioned retailers, the characters enabled them to cut through the noisy landscape of Christmas advertising in a way that not only resonated with shoppers, but also translated to a high number of sales. What’s more, it created demand around products associated with the campaign, further cementing the ads’ reach in people’s lives and homes. For John Lewis and Aldi, the character-based campaigns allowed them to transcend beyond being just a grocery or a department store, instead becoming a real part of people’s festive season.

That kind of emotional connection is priceless for brands and marketers alike, and characters and mascots provide a way of accessing it while also giving brands other benefits - namely, increased longevity, brand loyalty, and character ownership. Emotional connection, with its proven effects on attention, can also motivate actions and behaviours. Research has found that emotionally-led campaigns will generate almost double the profit of non-emotionally-led campaigns over the course of three years6.

Considering the proven effectiveness of characters and mascots, is it time for brands to rethink their approach to marketing and look instead to emotionally-led campaigns featuring CGI figures that resonate with consumers and translate into strong sales?