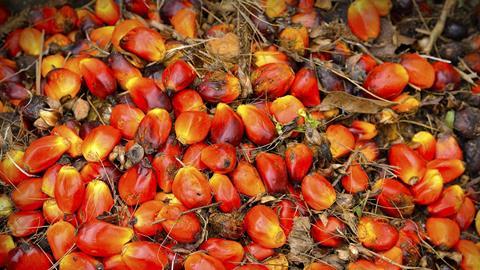 Retailers and brands have made huge strides on palm oil sustainability – but can they now go even further?

That was the stern message from the WWF’s head of commodities Emma Keller back in January as she derided those retailers and manufacturers still failing to eradicate unsustainable palm oil from their supply chains.

The rallying cry accompanied the release of the NGO’s annual Palm Oil Buyers Scorecard - a ranking system of how sustainable a company’s palm oil supply chain is. Yet based on Keller’s strong words, the preceding years have been a rather mixed bag in this regard.

Marks & Spencer and the Co-op were the only British brands judged in the 2020 report to be “leading the way” with a score of 18.8 and 18 out of 22 respectively. Some companies chalked up scores below 10, despite this being the year by which many had pledged their supply chains would be deforestation-free.

Palm oil remains by far the most widely grown and commonly used vegetable oil in the world. Its versatility - solid at room temperature, resistant to oxidation and stable at high temperatures - means it currently represents 35% of all global vegetable oils used worldwide and can be found in over 50% of products on supermarket shelves. In total, close to 84 million tonnes are produced each year globally.

Yet few environmental issues in food and drink strike up as much controversy. Indeed, the farming of this edible vegetable oil continues to hold negative connotations among many consumers, with unsustainable production and unabated expansion leading to its association with climate change, human rights violations and the destruction of some of the world’s most biodiverse forests.

So, where is the food and drink sector currently at on palm oil sustainability? Is boycotting a viable option? And what more could realistically be done to raise the bar even further?

Despite the ubiquitous nature of palm oil in grocery, some critics say the solution to combating its negative effects is to pursue a boycott or an outright ban. Selfridges, for example, announced last year it had eliminated palm oil from its own-branded foods. Iceland made a similar pledge the previous year as progress on sustainable palm oil had been “agonisingly slow”, according to managing director Richard Walker.

Only this month the French government said it intended to curb imports of certain products, including palm oil, in an effort to tackle deforestation.

However, many campaigners and stakeholders across the palm oil sector maintain it is one of the most efficient oils, requiring a fraction of the land used by soya, for example, and producing four to 10 times more oil per hectare than any other vegetable oil crop. Banning palm oil simply means more land-hungry oils may take its place, they argue.

“There are ways to produce palm oil sustainably, that work for people and nature. And we can continue to meet global demand without eating further into forests, if we only plant new oil palm plantations on land that’s already been cleared.”

Ferrero has used 100% segregated RSPO-certified sustainable palm oil in all its products since January 2015 and became one of the first global companies to achieve this. The company is now in the process of renewing its commitments and finalising its long-term vision, including the company’s palm oil plan for 2030. This will be based on the following main objectives:

Take Ferrero, which has been an RSPO member since 2005 and was ranked number one out of 173 global companies by the WWF. The chocolate and confectionary manufacturer sources palm oil that is traceable according to the RSPO segregated supply chain and now publishes a full list of the mills it sources from twice yearly. In November 2013, Ferrero also launched its Palm Oil Charter which goes beyond sustainable certification and aims to tackle the main causes of deforestation.

The RSPO is not without its critics, but its certification criteria, which must be complied with to produce RSPO CSPO, are backed by organisations like the WWF and thousands of businesses worldwide. And following recent changes to its certification standards, growers are now prohibited from clearing any forests that are identified as having both High Conservation Value and a High Carbon Stock, thus protecting primary forests.

“This ensures that the carbon absorbed and held by the forests and their soils is retained, and their ability to retain more carbon in the future is protected,” Fay Richards, global communications manager at the RSPO, says.

“It also helps to protect important ecosystems that are home to wildlife.”

Given the complexity of palm oil supply chains, the RSPO believes there is a lack of knowledge across the board on the difference between sustainable and unsustainable palm oil. As a result, the organisation is working with numerous partners to help improve education about how traceable and transparent supply chains can benefit both the environment and local economies.

“Many consumers either don’t know the entire story about palm oil or associate it with harmful environmental impact and don’t want to purchase products that have palm oil as a listed ingredient,” Richards adds.

“What may not be clearly understood is that consumers can choose to support sustainably-sourced palm oil and use their buying power to support positive and environmental change. As consumers, we all have a big role to play. We can vote with our spending to tell farmers following sustainable practices that we support them, and to tell companies making the products we are purchasing that they should too.”

Yet only four out of 10 consumers understand what sustainable palm oil is, according to research by Ferrero. This suggests there is still a lot of work left to do.

Which is why natural resources consultancy Efeca, as secretariat to the UK Sustainable Palm Oil Initiative (convened by UK Government via the Partnerships for Forests programme) says the onus is on all palm oil stakeholders to follow the science, get the right facts, to balance the narrative and improve the educational tools accordingly. 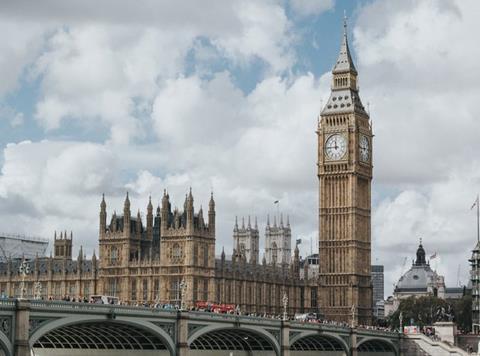 The UK Sustainable Palm Oil Initiative acts as a convening space, bringing together key UK stakeholders to support the mass market uptake of sustainable palm oil and allowing government and industry the opportunity to engage each other. Discussing the proposed amendment to the UK’s Environment Bill, being a notable example, with the legislation currently at the committee stage in the House of Commons.

One of the leading new measures is the introduction of a new law in the Environment Bill which will require greater due diligence from businesses, and make it illegal for UK businesses to use key commodities if they have not been produced in line with local laws protecting forests and other natural ecosystems.

“It’s about understanding the jigsaw puzzle of the oils and fats market, why we do what we do and what the consequences of that are,” Efeca’s palm oil associate, Judith Murdoch, explains.

“We see education as absolutely vital, but it needs to happen throughout the supply chain. Through the UK Sustainable Palm Oil Initiative, we’re moving into a new phase where we’re going to be targeting parts of the supply chain that require additional support, such as food service and animal feed.”

One initiative Efeca picks out for praise is Ferrero’s recent project with Chester Zoo. Through this partnership the confectionery company will work with the zoo to educate communities about the importance of making sustainable choices.

The partnership also enables further support and progression of Chester Zoo’s Sustainable Palm Oil (SPO) cities project which aims to help and inspire cities and towns to follow in Chester’s footsteps in achieving SPO city status through widespread use of sustainable palm oil amongst the city’s businesses and restaurants. The UK Sustainable Palm Oil Initiative fully supports and collaborates with SPO cities initiative.

“Both projects aim to bring to light the unacknowledged issues and misunderstandings that befall the sustainable palm oil industry and how communities and individuals can tackle them,” a Ferrero spokesperson says.

Beyond more stringent certification standards and improved education, there is arguably still much more to be done in working beyond individual supply chains. This could mean providing direct financial support and capacity building for the roughly 500 million smallholder households which account for 40% of the world’s production of palm oil but whose yields are roughly half those of big producers.

However, improving inclusion and living conditions of smallholders will also require strengthening audit systems and monitoring of impacts on the ground.

In the most recent UK Sustainable Palm Oil Initiatives progress report, 70% of palm oil brought into the UK and used in food is now certified sustainable palm oil. Much of the remaining 30% is produced with no deforestation, no peatland, no exploitation (NDPE).

The recently released WWF-ZSL ‘Committed to Sustainable Palm Oil?’ report also shows that while immediate and meaningful action is needed from all sectors, consumer goods manufacturers (CGMs) and retailers supported by their suppliers are leading the way in achieving 100% sustainable palm oil sourcing.

That’s the good news. The bad news is that six of the ten largest CGMs remain less than 50% certified, and four are less than 10% certified. Common difficulties for such companies include supply chain traceability as palm oil is often sourced from hundreds or thousands of mills and plantations.

In addition, only 19% of global palm oil is certified by RSPO and just 60% of the RSPO CSPO that is produced is being purchased, with low demand for CSPO in many major Asian markets despite overall demand for vegetable oil increasing exponentially.

There is evidently still much work to be done. However, according to the WWF’s Keller, a commitment to sourcing only sustainable palm oil remains one of the best ways the industry can meet these challenges head on.

She concludes: “Increasing global demand for palm oil threatens more of the same. But it doesn’t have to be this way.”