Sainsbury's and Asda have the tools to recover from merger disappointment 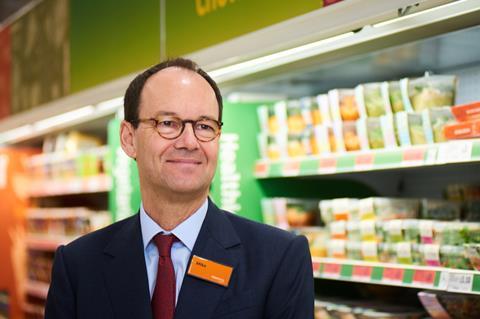 Sainsbury’s and Asda now go back into the race for survival. But as demonstrated by Dave Lewis, ‘back to basics’ shopper focus takes time and unerring focus

When the CMA blocked the Sainsbury’s-Asda merger last week I thought about those spy movies where the torturer suddenly loses the upper hand and has to beg for mercy from the person they were just torturing. Not a good look.

Mike Coupe singing while announcing the intended supplier squeeze will sit in the back of suppliers’ minds in the forthcoming joint business plan negotiations. Suppliers now get relief from the ‘harmonisation of terms discussion’ and I wonder just how the harmony will be as the declining retailers ask suppliers for help with differentiation and investment growth plans – it suddenly sounds a bit empty, doesn’t it? But no doubt they will overinvest as usual, showing mercy like James Bond.

As I’ve said before, no matter how hard the proposed new entity squeezed suppliers there was never 10% to be extracted. And though analysts claim an earlier announcement of the Sainsda price cut guarantee could have arrested the CMA’s view of consumer impact, I seriously doubt it could be followed through.

Opinion: Will B&M step in for Asda as CMA throws out Sainsbury’s merger?

So, each go back into the race for survival. Sainsbury’s is stuttering, but surely with a solid data set of shopper behaviour from Nectar it has the tools, if not the patience, to succeed. As demonstrated by the decade’s retail genius, Dave Lewis, ‘back to basics’ shopper focus takes time and unerring focus. It involves saying no to the back margin commercial income distractions which divert shopper focus on to the deep-pocket supplier’s agenda.

This means that the commercial income that is some 10% of a retailer’s profit drops significantly. And the shoppers don’t come back in to replace it with trading margin overnight. Yes, it is in the grasp of Sainsbury’s technically, but it was easier for Tesco to do, having tanked the shareholder value in its financial scandal anyway.

Asda numbers have looked surprisingly good over the past quarters and it too could come through this, but Walmart wants rid of it, being more concerned with aisle-polishing robots than the torrid UK retail scene. Speculation says Asda could now be a prime candidate for Amazon, but I’m not seeing it that way.

Mercurial Morrisons simply must be too far down the road on the Amazon deal to see Asda creep in. It’s not that I’ve been spying; it’s the fact that Morrisons has ditched its data sources just when all other strategic retailers are relying so heavily on big data. Yes, it has ended its contracts on continuous and shopper loyalty data and is set to run data blind, so watch the numbers go south.

It must be close to agreement with Amazon and looking to benefit from the profit multiplier saving on the basics to earn a few extra shekels. If it’s not to do with the sale to Amazon then what the hell is Morrisons doing? It’s good news for Asda, which can pick up the pieces though.