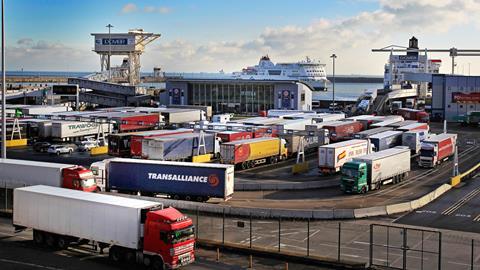 In a new strategy document, the FDF has made 20 recommendations to maximise opportunities through better planning, and eliminate incoherent regulation

The FDF’s CEO Karen Betts received an OBE from the Queen last week for her services to international trade, thanks to her former role spearheading the Scotch Whisky Association.

But if the FDF under Betts can find a solution to the post-Brexit mess affecting the UK’s ports, she will surely be up for a Damehood at the very least.

Yet that is just one aim of an ambitious new strategy document from the Federation this week, which calls for a complete overhaul of the UK’s import and export policy, including a bonfire of the red tape threatening imports and future trade deals.

So what is in the FDF’s plan?

The FDF’s 20 recommendations for its UK trade investment strategy

The document came days after the government began preliminary talks with trade bodies and major companies to try to find new solutions to the border crisis, following Brexit opportunities  minister Jacob Rees-Mogg’s recent decision to delay the imposition of checks on imports until the end of next year, after ‘warning’ they could cost the industry more than £1bn a year. It was fourth time the industry had stared down the barrel of new checks only for the deadline to be scrapped, resulting in what some regard as a “shambolic” stalemate.

As revealed by The Grocer this month, government officials asked the industry to come up with ideas for a “digitised, simplified and proportionate” system, which would slash red tape and delays feared from the looming new import controls, with checks to start at the end of 2023 and a fully-fledged digitised system in place by 2025.

The FDF’s strategy calls for a “full digital overhaul” at the border, which would see the need for paper scrapped from all commercial and official certification requirements for both imports and exports. 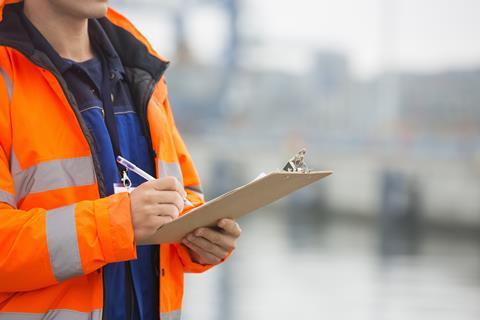 The FDF’s strategy calls for a “full digital overhaul” at the border, which would see the need for paper scrapped

Describing the system of physical export health certificates (EHCs) and physical inspections by official veterinarians (OVs) as “an overly burdensome approach to food safety inherited from the EU”, it says there has to be a complete rethink of the UK’s approach to sanitary and phytosanitary (SPS) measures.

It also calls for a massive simplification of the government bodies involved, with food suppliers currently having to negotiate Border Force, HMRC, FSA, Defra and Port Health Authorities, even before a full system of checks are in place.

The ongoing talks, it says, are a chance for government to work with industry to design a “world-leading” new approach which completely removes the need for certificates.

A “dramatic increase in trade efficiency”, particularly on high-volume UK-EU routes, would result, it says.

Instead of vet checks, the FDF argues the government should instigate monthly or even annual declarations for customs processes that are monitored by audits for businesses, with a “risk-based” approach. It would remove trusted businesses from customs border requirements.

But it’s not just when it comes to border checks and paperwork that the document calls for a departure: there is also the issue of basic requirements for standards and safety for food coming into the UK.

It says future free trade deals should also always be “pragmatic”, whilst setting out a clear expectation that trading partners will be committed to a set of baseline standards on issues such as animal welfare, land and water use, deforestation, labour standards and good manufacturing practice.

“Our report looks at how we put food and drink at the heart of the UK’s new, independent trade policy”

The government, it says, should “strike a balance in its domestic regulatory regime between ensuring it has high standards that protect consumers” and operating “the simplest possible regime for moving food and drink in and out of the UK market”.

It also warns the UK is still vulnerable to a threat to its food security, because of factors such as the uncertainty of seasonal production and variable climate conditions.

“It’s particularly important now, at a time of soaring costs to businesses and consumers, that the UK makes full use of all available trade tools to dampen inflation,” says Betts. “Our report looks at how we put food and drink at the heart of the UK’s new, independent trade policy, and ensures it supports companies to grow and thrive.”

The UK food industry may not always have been at the heart of government policy on imports and exports, but it always tends to be at the heart of the argument. Given the issues outlined in this latest report, there are likely plenty more ahead.