1
Regenerative agriculture: why PepsiCo, McDonald’s and Waitrose are jumping on regen ag 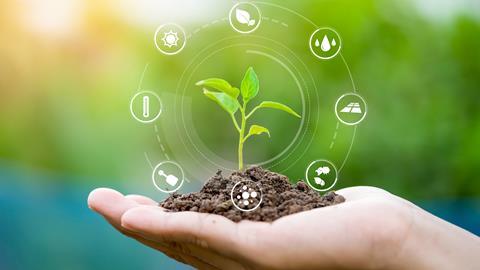 Amid concerns over the UK’s food security, nature-based farming is on the rise. Who’s driving ‘regen ag’ and will it become the norm?

Regenerative agriculture, or ‘regen ag’ as it’s known, has no hard or fast definition. At its heart it’s about growing food in a way that simultaneously boosts the environment. It typically involves minimal soil disturbance, reduced or zero fertiliser use, and a diverse range of crops and livestock.

Such nature-based farming practices have boomed in recent years following a growing recognition of food production’s devastating effect on Britain’s biodiversity. Farmland birds have more than halved since 1970 while 15% of British wildlife species are now facing extinction, the 2019 State of Nature report concluded.

“Changing agricultural management” such as intensification and chemical use was listed as “the biggest single impact” behind the decline.

Regenerative agriculture is for many, the standout solution. And it’s gaining traction. Food giants from McDonald’s to PepsiCo are now turning to regenerative agriculture to try and stem the tide, while Henry Dimbleby’s National Food Strategy recommended the government put aside up to £700m to pay farmers to create nature-rich landscapes.

“The manufacture, production and distribution of food has become an ecological disaster,” said Dimbleby in his latest report, calling for new and diverse methods of agriculture, including regenerative farming practices, “that work with nature instead of against it”.

Nestlé plans to halve the carbon footprint of its fresh milk supply in the UK by 2025, in large part by helping its dairy farmers to change to regenerative practices.

Ethical, wildlife-friendly organisations are surging in popularity – groups such as the Nature-Friendly Farming Network, Linking Environment and Farming (LEAF), and the Farming & Wildlife Advisory Group.

“The manufacture, production and distribution of food has become an ecological disaster”

Yet the practice remains relatively niche. Groups such as the Landworkers’ Alliance represent about 1,500 farmers promoting more regenerative approaches, while the Nature Friendly Farming Network and Pasture-fed Livestock Association have a similar number between them.

So what is needed to roll out this type of agriculture on a wider scale? And can it ever become the norm?

The UK is at a once-in-a-lifetime juncture in its agricultural history. Brexit has provided an opportunity to replace the EU’s much-maligned subsidy system, covid has put food security back on the public agenda, while the climate crisis is forcing a comprehensive reimagining of food supply from farm to fork.

“We will have to produce more food from the remaining land without resorting to the kind of intensive farming practices that have already done so much damage,” said Dimbleby’s National Food Strategy. “This feat of acrobatics is achievable – but only with a concerted effort of will.”

What big suppliers and retailers are doing 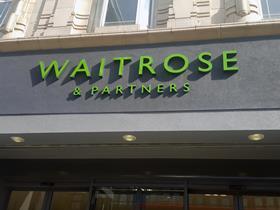 Waitrose’s strategy aims to improve soil and the natural world through restorative land management. It focuses on topsoil regeneration, the water cycle, and increasing carbon capture, biodiversity and resilience to climate change.

In October 2020, it committed to make GHG emissions from its UK farms net zero by 2035. 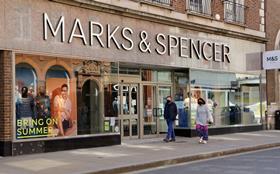 As part of this, M&S is introducing 30 million bees to 28 UK Select Farm sites across the country. 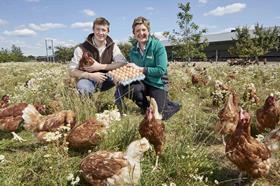 Morrisons has begun working with a group of farmers to develop net-zero models. This includes switching to renewable energy, reducing water and fertiliser use, and regen ag practices.

Morrisons aims to be the first UK supermarket to use only net-zero certified farms when sourcing from British suppliers. 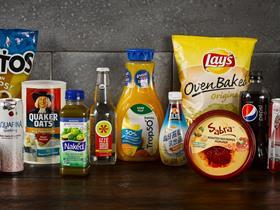 The food giant estimates that this will eliminate at least three million tonnes of greenhouse gas emissions by the end of the decade. 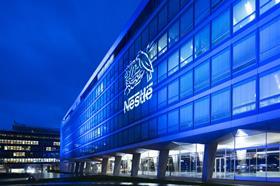 Nestlé is working with over 500,000 farmers and 150,000 suppliers to help them implement regenerative agriculture practices. These typically involve improving soil health and maintaining and restoring diverse ecosystems. In return, Nestlé rewards farmers by purchasing their goods at a premium, buying bigger quantities, and co-investing.

Not since Clement Attlee’s post-war British government has such reform felt afoot. The precariousness of Britain’s food supplies had been exposed during WWII and led to a newfound obsession with self-sufficiency. But incentives for increased food production created ruinous environmental consequences such as the removal of hedges and a surge in pesticides and artificial fertilisers.

This time around, many of the same factors are in play, yet regenerative agriculture poses a very different type of solution. The theory is that reduced soil tilling and reduced chemicals can create stronger soils. Stronger soil leads to stronger plants, which in turn leads to stronger profits. All while boosting biodiversity and helping to remove carbon from the atmosphere.

But there are many barriers to most farmers making such a transition. “You can’t just flick a switch and expect all farmers to switch to a different way of farming,” says Michael Lee, an expert in sustainable livestock systems at Harper Adams University.

“There are many beef and sheep farmers, for example, for whom farming is not their main income after they’ve diversified. And so for them the investment to make that switch doesn’t stack up.” 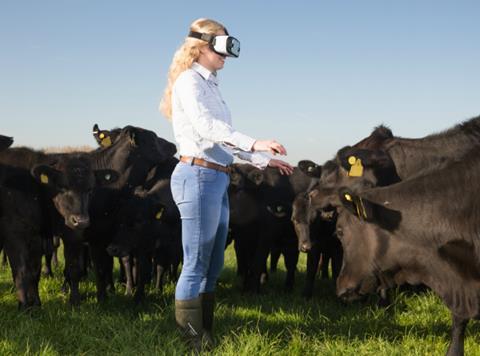 In 2016, McDonald’s launched a virtual reality campaign to show off its sourcing credability

Many farmers are wary, sceptical of the strong claims made in regen ag’s name. A 2018 study, for example, found ‘regenerative’ fields in the US had 29% lower grain production over traditional corn production systems, yet still delivered 78% higher profits.

The reality is that every farm, and every farmer, will opt for a different path depending on investment potential and local environmental, available land. One of the most telling factors could be who their customers are, particularly if it’s a major supermarket.

Vicki Hird, head of sustainable farming at Sustain, says there are two issues at the heart of why British farming is unable to produce the food we need while protecting the environment: money and power.

The dominance of the major supermarkets in today’s food market leaves farmers with little negotiating power, she argues, forcing farmers to not only pursue practices such a heavy pesticide use and high food waste in order to meet the specific requirements supermarkets demand, but leaves them with an ever-diminishing share of the financial pie. Farmers now receive just 9% of the total £120bn spent on food in the UK each year and as NFU president Minette Batters put it in 2018: “You cannot go green if you’re farming in the red.”

To redress the balance of power, Hird is calling for a rapid growth in shorter, less centralised supply chains to sell directly to local and regional markets. This would require investment in local infrastructure – abattoirs and logistics hubs for example – Hird calls for an increase from around 2%-3% today, to 25% by 2030.

This would not only provide farmers with more control of what and how they produce, claims Hird, but by eliminating the many intermediaries involved in supermarket supply chains – transport, packaging, marketing, advertising – farmers could boost their incomes without burdening shoppers with a jump in food prices.

Such a leap would undoubtedly be transformative, but even under this ambition, supermarkets would still supply the majority of food consumed within the UK. For this reason, many farmers are pushing for greater government intervention to tackle the perceived inequity in food supply. The UK’s new Agriculture Bill includes a section titled “transparency and fairness in the agri-food supply chain” which enables ministers to introduce new laws on regulating the food chain. The NFU hopes it will lead to a new enforcement body for regulating relationships between farmers and their buyers, much like the Groceries Code Adjudicator, introduced following an investigation into the way supermarkets were sometimes treating their suppliers.

“Farmers are often at the sharp end of supermarket practices because of the competitiveness of the sector,” says Christine McDowell, food chain advisor at the NFU, pointing to issues such as delays in payments, retrospective deductions, specification or order changes at short notice or “simply unfair and undeliverable contract clauses”. Some supermarket dairy contracts, for example, include clauses which explicitly forbid farmers from seeking any legal or professional advice, says McDowell.

The NFU is developing a set of principles to present to government that would seek to return power to farmers, boost incomes, and thereby enable more farmers to transition to new farming methods. “If farmers are losing money because of really bad behaviour in the supply chain then they don’t have the cash to invest in sustainable farming practices.” 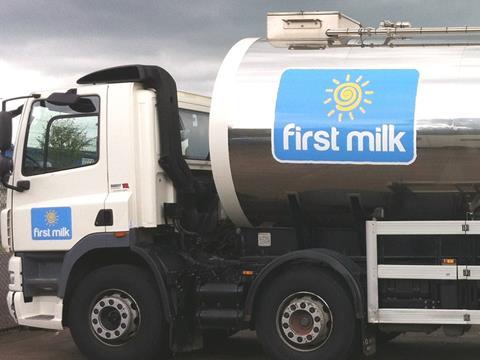 Nestlé plans to halve the carbon footprint of its fresh milk supply in the UK by 2025, including that supplied by First Milk

Some supermarkets are already taking steps to boost their regenerative agriculture credentials. In Waitrose’s ‘Agricultural Strategy’, the retailer has set out a series of pledges to farm with nature, enhance biodiversity, and regenerate the environment, committing suppliers to requirements such as growing all non-organic fresh fruit & vegetables to be grown with minimal pesticide and herbicide use.

M&S, meanwhile, has started a five-year ‘Farming with Nature’ collaborative programme to support its Select Farmers to become more resilient to the biggest environmental challenges they face.

The challenge all retailers face, however, is balancing any agricultural transition with customer demands – shoppers who have come to expect cheap meat, symmetrical fruit & veg, and all foods year-round.

For regenerative agriculture to become widespread, a fundamental rebalancing of the make-up of Britain’s food production and consumption is required. An overconsumption of protein, for example, has led to livestock being fed from arable land that should be producing fruit & vegetables for human consumption, says Harper Adams’ Lee – a pattern that can only truly be reversed by changing consumer demand.

It is a message reminiscent of Wendell Berry, farmer and writer, who argued that environmentally, we require not “the piecemeal technological solutions that our society now offers, but … a change of cultural values that will encourage in the whole population the necessary respect, restraint, and care”.

Regen ag will be just one part of the picture in redressing food’s impact on the environment. Food waste, plastics, and global commodities will each need solutions of their own. Yet arguably, none of these can be solved in isolation.

As agricultural environmentalist William Russell puts it: “Regenerative agriculture is not just about soil. It’s about regeneration of society, food, culture, and farming.”