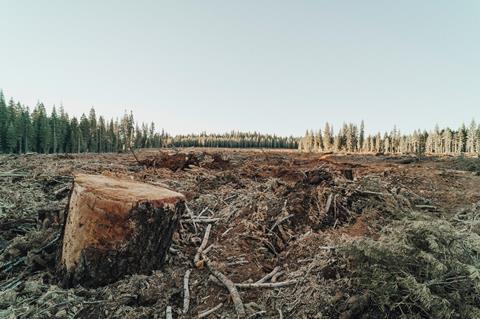 Forty world leaders recently came together in a virtual Leaders’ Summit on Climate to discuss how the world can tackle the climate crisis. Promises were made by some of the world’s leading economies – and producers of greenhouse gases. The European Union is putting into law a net zero target by 2050, and a reduction of at least 55% by 2030. This comes under the European Green Deal, which currently includes a carbon tax for sectors such as energy, steel production, and commercial aviation (EU-ETS). The EU is now also pushing for a border tax for non-EU imports of products coming from polluting industries.

Additionally, and in accordance with the Paris Agreement, the US set an economy-wide emissions target of a 50% to 52% reduction below 2005 levels in 2030. Brazil committed to achieving net zero by 2050, and promised to end illegal deforestation by 2030.

These are big promises – but the next question is how will these promises impact the people at the start of the supply chain? Do these taxes help growers and suppliers become more sustainable?

The short answer is probably yes. These governments and the private sector that operates within their borders need each other and smallholder farmers to co-operate and incentivize one another to achieve these critical goals.

All parties know that one of the fastest and impactful ways for governments and businesses to cut carbon emissions is to stop deforestation in their territories and supply chains. If we look at the current landscape for growers, key factors affecting sustainability and contributing to deforestation are:

Without addressing all of these points, deforestation will continue to be a major contributor to climate change, and agribusiness and farmers will not have the policy and market signals they require to make significant changes to their production and sourcing models.

An economy-wide carbon tax would help provide the necessary incentive to agribusiness to halt deforestation across their supply chains, because if you want business to care about something, show them it will make or cost them money. And additional revenues from carbon taxes on fossil fuels could be diverted to farmers, as is done in Costa Rica, to protect and restore forests on their lands.

Let’s look at oil palm growers as an example: the introduction of carbon taxes means they need to start taking the advice that’s been doled out for the past 10 years. There’s a lot of degraded land, already cleared land and areas with huge productivity deficits per hectare that can and should be used and improved, respectively.

Expanding into areas that are already low-carbon landscapes is a much better investment for them, under a carbon tax, and the climate. And in preparation for carbon prices being tacked onto palm oil, these large degraded areas will likely offer better ROI where their carbon liability will be low and they can attract investment for productivity improvements that can help future palm oil supply be a lower carbon product with simple investments in Good Agricultural Practices (GAP).

What taxes mean for suppliers

A significant level of emissions for suppliers to fmcg are from land use. As such, companies need to plan for carbon taxes. One clear reaction is the proliferation of net zero targets and strategies. However, some suppliers are attempting to meet these targets by cutting ties with growers associated with deforestation. This is not the solution to deforestation as those growers will simply sell to another company and market, and the deforestation will continue.

Instead, suppliers should identify and engage “bad actors” to improve. Because if you fix that, then you create lasting change by helping stop deforestation rather than simply passing the buck to someone else. And both parties will benefit by investing in each other to reduce emissions from deforestation, reduce their carbon tax liability, and create a plethora of positive environmental and economic impacts.

If we are to truly achieve net zero it must become the responsibility of all. And that’s where economy-wide carbon taxes come into play. Making companies, consumers, farmers, and governments consider the carbon tax implications of their decisions will force collaboration and a race to net zero commodity supply chains. It won’t be long until businesses will have to start paying for the carbon in their inventory, and now is the time to act in order to reduce their carbon emissions through cost-effective measures like landscape approaches to reduce deforestation and landscape restoration, and climate smart and regenerative agriculture, and agroforestry business models.

All in all, an economy-wide carbon tax that encompasses the products and ingredients that directly or indirectly drive deforestation is the impetus that farmers, growers and suppliers need to make the swift investments and transformations that our climate requires.