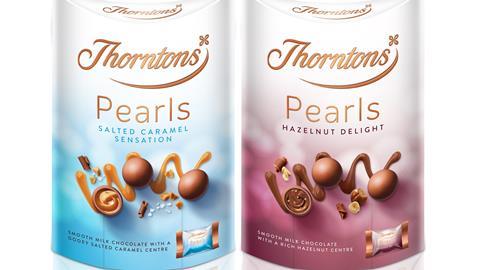 Where Coca-Cola goes, others tend to follow. So when it kicked off its ‘Total Beverage Strategy’ some years ago, unveiling plans to launch brands in every category of drinks – even booze – it was obvious other fmcg suppliers would take note.

Now the list of big names expanding their portfolios significantly beyond their heartlands is extensive, and includes big hitters such as Princes, Molson Coors and now Ferrero – whose latest launches are taking on the likes of Mars, Mondelez and premium players such as Lindt and Green & Black’s.

The past weeks have seen the Kinder owner roll out a swathe of NPD – most notably a trio of actual chocolate bars for its Rocher brand, which will place it squarely in competition with the likes of Dairy Milk and Galaxy as well as posher brands.

Then there’s its move to take the Kinder brand into biscuits with a new ‘Cards’ range. And let’s not forget the entrance of Thorntons into what Ferrero calls the “special sharing” category – placing it in opposition to the likes of Lindt’s Lindor brand.

It’s getting close in biscuits: thanks to the recent acquisitions of Fox’s and Burton’s, Ferrero is now the third-largest biscuit maker in the UK (behind Pladis and Mondelez). It’s also made a serious play to break into the healthier snacking market with the acquisition of Eat Natural in December 2020.

Boorer says Ferrero isn’t out to specifically steal share with its new launches. “The category is not one that has a ceiling on it”, he says, stressing Ferrero sees an “incremental opportunity rather than substituting somebody else’s sales”.

But if Brits take to Rocher bars like they have standard Rocher (sales of which were up 26% over the last year, according to Boorer), then the big boys of confectionery could be in for a shock, regardless.

That’s not to say Ferrero is without its challenges. Like every confectioner, the coming clampdown on HFSS foods will require serious intelligence to navigate securely. And while Rocher is a big name, it’s still small fry compared to category leaders in chocolate like Dairy Milk.

But it’s likely the bigwigs at Cadbury, Mars and Lindt are watching very closely indeed.

So too should smaller suppliers. Competing against the likes of Coke, Ferrero and Molson Coors is already difficult. And it will become more so as their portfolios grow and their buying power and leverage expands even further.

Let’s hope retailers remember the value of diversity on shelves in the face of these growing giants.