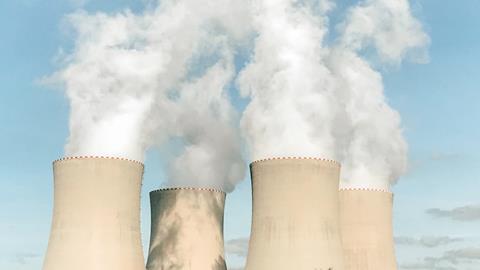 Net zero emissions may not sound like an obvious passion project for the UK’s biggest retailer. But for Tesco boss Ken Murphy, it’s a topic close to his heart. That much was revealed at The Grocer conference today, when Murphy made his first public speaking appearance to hammer home the importance of carbon neutral goals.

It’s a sign of just how much sustainability has climbed to the top of the agenda, even in the space of the past year. For its part, Tesco has committed to become carbon neutral by 2035, ahead of the 2050 deadline – a goal that is fuelling a number of ongoing projects. But Murphy was clear that meaningful action has to happen in the next few months.

“2021 is turning out to be a very important year in climate change,” he stressed. “The COP26 conference is probably the most important moment in time to come together to talk about climate change since the Paris Agreement. This is where we turn all that ambition and hope into action and results.”

The comments fuelled debate among our panellists, which included experts from the FDF and the Food Ethics Council, as well as CCEP and Jude’s. So what were the key takeaways for the industry’s net zero mission?

1. This is a pivotal year for carbon emissions

Murphy wasn’t alone in describing 2021 as a crucial moment for climate goals. “We definitely share the view that this is the real year for action,” said Nick Brown, head of sustainability at CCEP GB.

That sense of urgency was echoed among all our panellists, who stressed that progress must be made sooner, rather than later. The pandemic seems to have only intensified that feeling, rather than distracting from climate goals. Emma Piercy, head of climate change & energy policy at the FDF, said there had been a noticeable “drive and increase in momentum” across the food industry in the past few months.

On that note, not one of our panellists was content to wait until the government deadline of 2050 to become a net zero business. “I’d argue a 2050 target is way too far away so it’s good to see leadership from businesses that are bringing that date forward,” said Dan Crossley, executive director of the Food Ethics Council.

That includes Tesco with its aforementioned 2035 goal and CCEP, which has pledged to become carbon neutral throughout its value chain by 2040. Brown acknowledged there was “an awful lot more to do”, considering the soft drink giant’s footprint currently stands at around 700,000 tonnes. But he stressed the company was working to reduce that footprint with “ambitious” goals, announced at the end of last year. “We know more needs to be done quickly,” Brown said.

Missed The Grocer conference on how to build a sustainable brand? Catch up on demand

3. There’s only so much you can do alone – even if you’re Tesco or Coke

Collaboration was a key theme of the session. Murphy made clear that Tesco couldn’t bring about its desired level of change without buy-in from suppliers.

Of course, Tesco is doing plenty of work in its own operations, investing in renewable electricity, electric vehicle charging points and plant-based commitments. But Murphy has his eye on the wider picture. “By working to get our own house in order, we’ve learned lessons we can apply to the broader supply chain and we’re sharing our journey with suppliers,” he said. Which brought Murphy to his conclusion: “No one of us can fix this alone.”

CCEP’s Brown had a similar point to make. He stressed that suppliers were a key focus of its latest goals on carbon emissions, which include ensuring all suppliers use 100% renewable electricity by 2023.

Becoming a carbon neutral business isn’t easy. Especially if you’re an SME in the dairy sector. Still, small ice cream brand Jude’s has managed to become carbon negative – though there was some debate on whether “carbon positive” should be the accepted term – by seeking advice from the experts. Mike Berners-Lee, one of the leading experts in carbon footprinting, was just one of the people who fed into Jude’s plan, which took into account everything from renewable energy to plant-based product development.

“We’ve always been a very sustainable business but we’ve now taken the next step in terms of really understanding all that detail and putting plans in place,” said MD James Wright. Expert advice was particularly crucial in deciding what forms of carbon offsetting to use, he added, as it was “hard to find really good projects”.

5. Not all offsetting is good (or bad)

Carbon offsetting is, of course, a source of debate in itself. Some argue that it is distracting businesses from reducing emissions in their own operations. Others question the true impact of these offsetting projects.

For Crossley of the Food Ethics Council, there is a role for using offsets within a wider net zero strategy, which looks “first and foremost” at cutting emissions within the business. But it comes down to choosing the right projects – as they can vary wildly in quality. “If an offset is cheap, it’s cheap for a reason,” he warned.

To watch the full session, register to access The Grocer conference on demand.