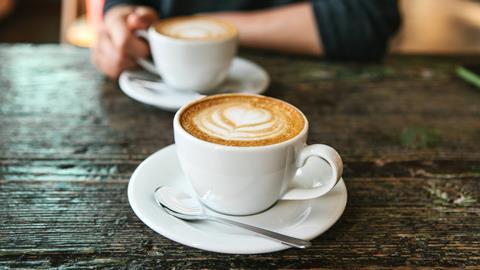 How sustainable coffee is going beyond the reusable cup

For a caffeine lover, there are few words as terrifying as “potential coffee shortage”. So you could almost hear the collective shattering of latte mugs when, in January, researchers at Kew Royal Botanic Gardens forecast 60% of coffee species found in the wild were at risk of extinction. If this weekend’s London Coffee Festival is anything to go by, the severity of that message has well and truly hit home.

Last year, coffee cups were the overriding focus of sustainability efforts. This year, those efforts took on a far more wide-ranging definition. The industry was keen to show it was going beyond reusable and compostable packaging (though there were still plenty of coffee cup alternatives on show). Instead, the ethos of sustainability is increasingly influencing the entire process – from farming practices to water consumption and transportation. On Friday, there was an entire session devoted to the idea of “ethical and sustainable coffee”. And suppliers were lining up to show exactly how they were making that happen.

A key reason for this is consumer demand. While Blue Planet II may have made the disposable coffee cup an overnight public enemy number one, there has been a gradual rise in awareness of broader sustainability issues. Own-label coffee specialist Lincoln & York revealed retailers are becoming increasingly curious about the beans they are buying. It’s not just about the flavour; they want to know the story behind the bean. They want to communicate the sourcing and farming practices on pack. That curiosity is being led by their shoppers. 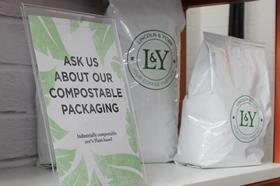 As well as making much of its packaging compostable, Lincoln & York is working to communicate its bean sourcing practices to curious consumers

It’s not just about the coffee beans, either. The message of sustainability was a key one for plant-based brands exhibiting at the festival – from Alpro to Oatly and Califia Farms. The latter made sustainability a focus of its most recent annual, which detailed the brand’s direct sourcing partnerships with its farmers.

Oatly also used the festival as an opportunity to unveil its new packaging, which highlights the carbon footprint of each of its items. The brand says defining the climate impact of its products “from oat field to store” will help its consumers make “more informed choices”.

Sustainability messages such as these will undoubtedly hit the mark with newly eco-conscious consumers. But there is a more difficult message to communicate: the extra costs involved in doing the right thing. As one exhibitor put it: “People will have to get used to paying £3 for a good, sustainable cup of coffee now, or face paying £20 for a bad one in future.”

As anyone who works in the industry knows, anything that involves a price premium is bound to be less popular than the message of saving dolphins. Still, if there’s one thing that can motivate caffeine addicts, it’s the threat of a coffee shortage.