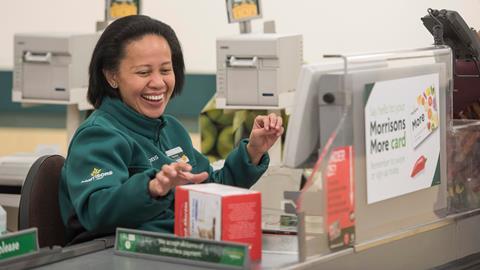 Time for the government to recognise food industry workers as essential

How times have changed. Less than two months ago, headlines were dominated by the government’s hard-hitting post-Brexit plans for immigration controls – spearheaded by home secretary Priti Patel’s attack on the reliance of UK businesses “on low-skilled and quite frankly cheap labour from the EU”.

The government wanted “to end that”, Patel proclaimed in interviews at the end of January. By mid-February, the UK’s full immigration plans were laid bare as part of the recently re-elected and empowered Johnson administration’s drive to implement the “will of the people”.

Much to the chagrin of the food sector in particular (and despite vigorous lobbying for more support on labour since before the 2016 referendum), businesses were told they must adapt to employ higher-paid workers from the UK and invest more in automation to end reliance on an immigrant-based workforce.

But with supermarkets now initiating wartime-esque rationing and talk of imminent lockdowns in response to coronavirus, that bombastic and belligerent approach – and the portrayal of vast swathes of food industry workers as “low-skilled” – must be coming back to haunt ministers now.

Because so-called low-skilled workers are proving to be the bedrock of our society, and should be treated as such.

By the time you read this blog, the government should have shed more light on its plans to keep schools open for the children of ‘key’ or ‘critical’ workers in England, and who exactly falls into that criteria. (Separate plans are underway in the devolved administrations).

Of course, those in the police, NHS and teachers will doubtless fall into that bracket. But finally, we can also expect to see recognition of the crucial contribution of those who work in supermarkets and as delivery drivers. Indeed, schools and nurseries are already asking parents if they work in these sectors.

Industry bodies such as the FDF are calling for even wider recognition, though, with a letter to environment secretary George Eustice yesterday urging the government “to define food and drink supply chain and manufacturing workers as ‘key workers’ for the purpose of prioritising available school and childcare places”.

“It is essential to the critical national infrastructure and our ability to feed the nation that the government supports the supply chain by defining food and drink supply chain workers as ‘key workers’ to ensure access to childcare provision,” the FDF added.

It’s a call that’s been echoed by the likes of British Summer Fruits, the British Poultry Council and the British Meat Processors Association (among others) over the past 24 hours.

As BPC CEO Richard Griffiths put it, the current situation means it is vital food is recognised as “a special case and treated as a national security issue”.

It’s all a far cry from the messaging from Whitehall earlier this year. But if the government really wants to prepare the country for the uncertain weeks and months to come, it should surely heed these calls.

Eustice suggested as much to parliament this morning, when he confirmed the full list of key workers would be published later today.

“We fully recognise that over 25% of staff generally working in the food supply chain have children of school age. That’s recognised and something that will be reflected when that list is published,” he said in response to a question from Labour MP Jim McMahon in the House of Commons.

The issue of labour in the food sector has so often become a political football during the four years since the Brexit debate started in the spring of 2016.

But with the country now facing its biggest crisis since the Second World War, perhaps one good thing to emerge from the coronavirus pandemic is that politicians finally understand just how important our food sector, and the people who work in it, are.