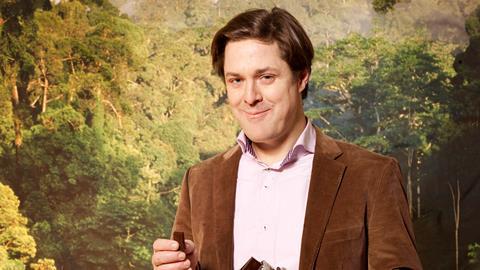 Philipp Kauffmann founded Original Beans to celebrate some of the world’s rarest cacao. Now he wants to see craft chocolate recognised in the mults

It was during the final stages of the Colombian peace talks that Philipp Kauffmann travelled to meet the Arhuaco people of northern Colombia. The government had recently agreed to start paying farmers to grow cacao for chocolate instead of coca for cocaine, and drafted in a select group of international aid agencies to figure out how to do it. Kauffmann was among them.

As a former conservationist at the UN, Kauffmann travelled on behalf of Original Beans, the craft chocolate company he had set up in 2010 to make chocolate from some of the world’s rarest cacao beans, while supporting the communities growing them. When researching varietals in Colombia, Kauffmann and the team quickly stumbled across the Arhuaco, an indigenous people growing a rare cacao on their ancestral land, set amid virgin rainforest and pristine coastline.

When Kauffmann met with the Arhuaco’s spiritual leader, Kauffmann told them of Original Beans’ mission, its tree planting programme (one bar, one tree), and its compostable packaging. “They were intrigued,” Kauffmann recalls. “They took some of our packaging and said: ‘we’ll test this here and if it’s true then we’ll talk again’.” Fortunately, the packaging really did compost and Original Beans has been sourcing from the Arhuaco ever since. As Kauffmann sums up: “It can be pretty adventurous, finding our beans.”

Kauffman’s background goes some way to explaining this adventurous approach. An economist by training, he spent several years at the UN financing biodiversity enterprises such as eco-tourism, forestry and coffee co-operatives, before leaving the organisation in 2008 because “it didn’t feel effective enough”. 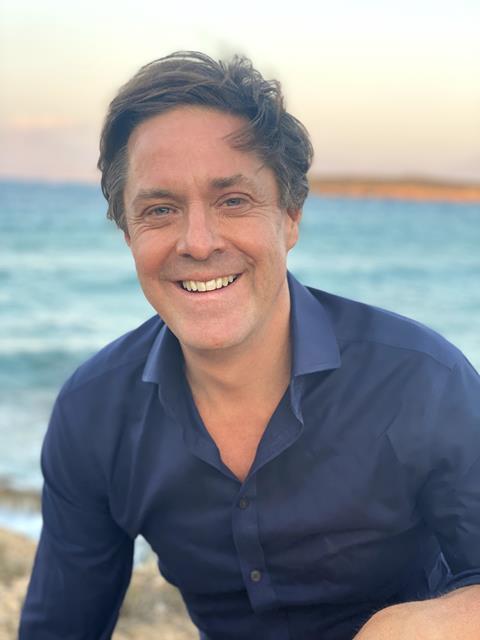 Looking for new opportunities, Kauffmann spoke to a friend and marketer who alerted him to the possibilities in chocolate. “She said look at this industry and how shitty it is. There’s no way it can stay this way,” Kauffmann says. “And I got intrigued.”

Kauffmann thinks of himself as a seventh-generation conservationist – his ancestor coined the term ‘sustainability’ in 1794 to describe managing forests in a way that ensured future generations could enjoy them too – and established Original Beans with the ambition of returning more to nature than it takes.

Fourteen years down the line and Original Beans is not only “the smoothest dark milk [chocolate] I’ve found” according to the Observer’s resident chocolate correspondent, but is helping to regenerate eight of the world’s most important biodiversity hotspots through local partnerships with farmers in regions from Virunga National Park in the Congo to Mexico’s largest rainforest, Selva Zoque.

“We have three main criteria when we search for a place we could work in,” says Kauffmann. “One is biodiversity. So, is there a larger impact on nature we can have? The second: is there a rare cacao? Is there something that’s interesting? And then thirdly, is there a community that we can actually engage and work with for the long term?”

In the Congo, for example, Original Beans’ NGO, called the Bean Team, is working with local farmers who have gone through war to help build farming co-operatives, set up associations, and run literacy and enterprise courses for women. “It’s not just us buying chocolate. There is a relationship to it,” Kauffmann says. “It gives people an identity and therefore a certain status and respect. It’s not a no name commodity. They are very much aware it is cacao their ancestors grew, which they’ve taken care of and is now going into great restaurants.”

Notably, unlike many other ‘ethical’ chocolate makers, none of Original Bean’s cacao comes from west Africa, the global hotspot of production that accounts for 70% of world supply. For Kauffmann, the region is incompatible with the principles he insists on following.

“The problem in west Africa is huge. It’s abhorrent social conditions, exploitation of poor marginal peasants, deforestation, unsustainable agriculture,” he says. The result is, “of course, a shitty product that goes with a lot of sugar and other sorts of junk in to the customer”.

While some companies such as Tony’s Chocolonely have launched their product on the principle of righting some of these wrongs, the reality is that “digging into the transparency of that supply chain is impossible because the set-up is just not there,” says Kauffmann.

From this starting point, Kauffmann argues two theories of change emerge. First is the Original Beans approach, which opts to establish alternative supply chains, not compete on price, and act as the “shining example on the hill” for how a better chocolate industry could look.

Then there’s the Tony’s approach. It has partnered with Swiss chocolate giant Barry Callebaut to enable mass production while running its high-profile marketing as ‘Slave Free Chocolate’. In this way, says Kauffmann, Tony’s is trying to move the dial in west Africa by 5% or 10% while still allowing it to compete on price. (While Tony’s is often considered to be more expensive than other mainstream chocolate lines, this is largely due to its heavier pack sizes.)

Kauffmann emphasises his respect for Tony’s approach, but he believes at their core “they are a marketing thing” – pointing to the number of employees who have shaped the brand since joining from renowned marketers Innocent Drinks.

Potted CV: After starting out in a tech business, the green call of my conservationist forebears caught up with me. Spent a decade at WWF and UN. Now conservation in the form of world’s best chocolate.

Make one change to the chocolate industry: Similar to cigarettes. By law, you have to label products that contain more than 50% sugar as ‘sugar’ (not chocolate). Clarify they are deadly and tax accordingly.

“Essentially they conceptualised everything around the story and a marketing idea, and then went to Callebaut and said: ‘Can you do me this private label thing with a Fairtrade stamp?’

“Then over time they realised this transparency is much more complicated than they thought and they cannot promise it. So they changed their purpose a couple of times. But on the way they’ve been successful in pulling along a lot of new consumers.”

Kauffmann is more passionate about the “hundreds” of craft chocolate makers now springing up across the UK and Europe using artisanal processes, producing single-origin bars, and creating a “completely different taste experience” to anything that can be found on supermarket shelves.

It’s a bugbear of Kauffmann’s that, while all retailers now have clearly marked sections for ‘craft’ coffee and beer, the same has not caught on in chocolate. That’s despite the category being “alive enough and charismatic enough for us to position them differently”.

On that basis, Original Beans is avoiding conventional retailers until they start clearly distinguishing the shelves. Even Selfridges, which ran its Project Earth campaign to highlight environmentally engaged brands, positions Original Beans next to Tony’s on the same shelf “though our supply chain and categories are totally different”, Kauffmann says.

If supermarkets were to distinguish local craft chocolate, Kauffmann says – giving space to brands such Pump Street from Suffolk, Ocelot from Edinburgh, or Solkiki from Devon – it could help drive change across the wider industry, he believes. This change could celebrate the huge variety of cacaos available rather than building products based primarily on sugar.

“Craft beer has upgraded its industry. It’s shown the beauty of beer and what it can taste like. Same for coffee,” he says. Now, he argues, the time has come for chocolate to show what it can do.