Sales up for 57 of Britain's top 100 grocery brands 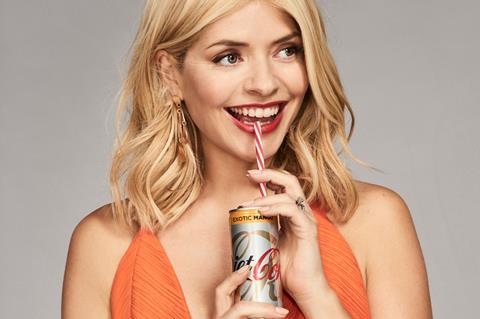 Britain’s top 100 grocery brands have gained over £500m in the past year, led by the growth of Coca-Cola, Pepsi and Fever-Tree.

The sugar tax and resulting rise in prices helped boost values at Coca-Cola and Pepsi. However, sugar-free lines were the largest source of growth for both brands. Pepsi Max generated an extra £72.5m, closely followed by Coke Zero Sugar with a £68m increase.

Meanwhile, Fever-Tree entered the top 100 brands for the first time after adding £41.9m to its value and selling 17.9 million additional units.

Walkers had the fourth largest gain, of £37.7m, bolstered by NPD such as Walkers Max, now worth £61.1m in its own right. Innovation was also a driving force behind the £37.5m growth of Maltesers. Its Truffles and Buttons variants have amassed over £28m since their launch last summer, according to brand director Rebecca Salisbury.

On the flipside, Müller, McVitie’s and Kellogg’s suffered the sharpest losses of the year. Müller shed £53.9m, driven by the £33.1m decline of its Black & White milk brand and a £19.7m drop in Müller Light.

McVitie’s took a £26.4m hit as own label stole a share in biscuits, while an overall decline in branded cereals saw Kellogg’s lose £17.9m.

Next in line were bread brands Kingsmill, Hovis and Warburtons, which shed a combined £45.7m. Volumes were down 81.9 million units as consumers resisted higher prices and turned to own label.