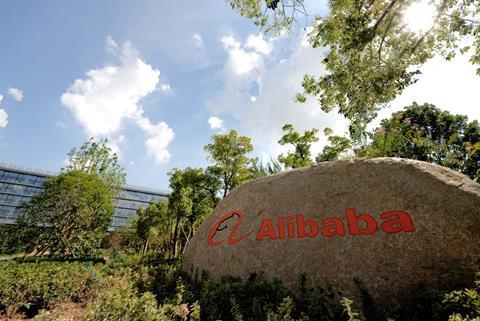 The advent of Amazon’s checkout-free ‘Go’ store has thrown a spotlight on the friction in traditional grocery convenience by enabling customers to bypass the payment process.

Other grocers have since accelerated development of their own equivalents. Sainsbury’s recent mobile scan-and-pay trial in its Holborn store is just one example, albeit a short-lived one, of such efforts.

But last month, another online giant gave our retail stalwarts a reason to redouble their efforts.

Alibaba’s opening of its first European store in Madrid this summer is yet more proof of how these giant, digitally native and data-driven competitors are moving offline to steal a march on traditional bricks-and-mortar stores.

The Chinese online giant generated more sales within the first 10 minutes of its 2018 Singles Day event – $4.68bn – than even Amazon is estimated to have made during its last record-breaking Prime Day event.

Although this initial foray into physical retail in the region is collaborative – Alibaba has teamed up with D.Phone, a Chinese mobile phone and accessories retailer, and the store is located in Intu Italy’s Xanadú centre – it is also a strong signal of intent.

The retailer already operates some 150 Fresh Hippo grocery stores in its domestic market, where its ‘new retail’ strategy seeks to move beyond omnichannel and integrate digital into any shopping experience.

Fresh Hippo customers use their mobiles to scan, pay, collect and access product information. But some 60% of online orders (also fulfilled and dispatched on-site) come from within a three-mile radius of a store’s location.

Similarly, this new Spanish store is also closely tied to online. It may enable customers to try out only electronic products and small appliances, but they complete actual purchases via the AliExpress online portal.

It strikes me that in the race to combine the speed, skills and tools of a technology company with the service, curation and format skills of an experienced store-based merchant, the pureplays are winning.

These online giants now want to know their customers offline too. This is why harnessing the digital opportunity in physical retail spaces is essential for retail competitiveness.

Retail propositions developed in the digital era exploit the digital connection to customers that comes built into transacting with them. E-commerce subscriptions are displacing the need for traditional loyalty schemes.

Digital-first competitors use the customer data generated via their connection to understand who they’re selling to and why. They then use this insight to offer these and similar customers more of what they want.

Compare this with the fact many traditional retailers – even the ones that also have an online store – don’t have a clue who is in their stores, much less those who are most likely to become loyal customers.

It may seem as though these established operators are caught in the headlights of a juggernaut driven by the likes of Amazon and Alibaba, powered by their digital first-mover advantage. But this doesn’t have to be the case.

There is one main thing these online retail giants have in common with the likes of Google and Uber, which traditional retailers must emulate: they are digitally enabled and data-driven to connect to and serve their customers better.