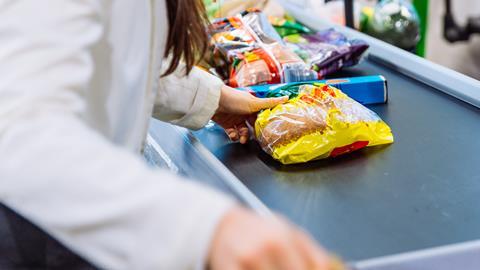 It’s understandable that the big grocers are always trying to anticipate the next disruptive technology in retail, and be its pioneer rather than its passenger. But they shouldn’t be too quick to jump in with both feet. After all, Amazon never is. Two years after the internet retailer’s acquisition of Whole Foods Market, who knows what its grocery ambitions are?

When Sainsbury’s reopened the refurbished Local branch in London’s Holborn as “the UK’s first till-free grocery store” in April, it said 82% of transactions at the store were already cashless. There should have been a clue in the 18% that weren’t.

The store lets customers use Sainsbury’s SmartShop Scan, Pay & Go app to scan and pay for their shopping with their phones. They must also scan an in-store QR code with their phone before leaving.

It had already offered this before the reopening but, like eight other London Local branches in Sainsbury’s Scan, Pay & Go trial, it retained checkouts for those customers still wishing to use them. In Holborn, the proportion that did so would have been even higher than 18%, since that was only those paying with cash. On top must be added those paying by card. The inevitable result was quite a lot of customers for whom shopping was complicated by the removal of the checkouts in Holborn.

So it’s hardly surprising that Sainsbury’s has now re-introduced two self-checkouts and one staffed one to the store, admitting it was ’clear that not all our customers are ready for a totally till-free store’.

The decision stands in sharp contrast to the excitement when the Holborn branch opened. ‘Coming soon to Sainsbury’s Local Holborn Circus: mobile pay only,’ a Sainsbury’s software engineer tweeted the day before. ‘No queues.’

But there was a queue. Quite a long one, in fact, at a help desk, the only place left where customers could pay by cash or card. When The Grocer visited in opening week, it was a constant feature. Some customers appeared frustrated. Perhaps they’d seen a Sainsbury’s and simply expected to be able to buy something without a lesson in apps and downloads and online accounts and what the hell are QR codes? One returned to the store having realised she’d paid twice. That is not “making grocery shopping quicker and more convenient,” as Sainsbury’s had promised.

To be fair, it should be noted that Sainsbury’s always said it was a three-month experiment. In that sense, maybe, it’s not so unlike Amazon, which seems to do almost nothing but experiment.

But experiments shouldn’t forget the customer. With hindsight it’s difficult to see what was to gain from excluding cash or card-paying customers who could have already used the app if they so chose.

Till-free might be the future of shopping – but customers are looking no further into the future of retail than lunch or dinner, and they will decide when to pay in new ways. That is the lesson this experiment should provide.