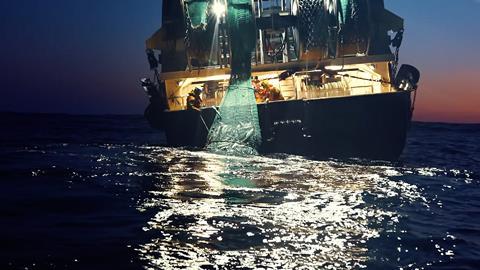 Netflix’s controversial film takes aim at fishing as a whole, but also accuses the MSC of inadequacy on bycatch and overfishing

The global seafood business has come under intense scrutiny over the past few weeks since the release of Netflix’s Seaspiracy documentary. The film, produced by the same people who made Cowspiracy, portrayed an out-of-control industry that’s killing marine life and the planet through a combination of overfishing, plastic pollution and bycatch.

Its criticism extended to the NGOs who push the industry to become more sustainable in their use of the oceans’ natural resources, with the MSC in particular coming under fire over its efficacy and structure.

So, just how fair is this criticism of the MSC? And in light of the film, does the organisation need to change to maintain trust in its blue tick label?

Seaspiracy includes a range of testimony from eminent marine scientists such as Sylvia Earle and the University of Exeter’s Professor Callum Roberts.

The film’s MSC-specific claims include accusations that the organisation has been certifying fisheries with high levels of bycatch, thus undermining the credibility of its label, and that its certification was too easily achieved.

It also – in a direct contradiction of the MSC’s ethos – rules out the very concept of sustainable fishing and urges consumers to follow plant-based diets.

Perhaps unsurprisingly, those involved in the seafood industry question the film’s credibility.

“What’s significant is who is pushing back against what the film says,” says Barrie Deas, CEO of the National Federation of Fishermen’s Organisations. “The fishing industry for sure but it’s the fishery scientists, it’s some of the NGOs, it’s the MSC.

Deas adds his organisation does not hold an official position on whether or not it supports the MSC.

The MSC itself clearly believes the film lacks credibility as it refused to contribute to it. Filmmaker Ali Tabrizi is shown repeatedly trying to arrange an interview with the organisation throughout the film.

Asked why the MSC did not appear on camera, its UK & Ireland programme director George Clark says: “We didn’t feel our views would be heard or reflected correctly, and we also felt editing and production wouldn’t allow that either.”

Clark says MSC came to this conclusion having researched Seaspiracy executive producer Kip Andersen’s other films Cowspiracy and What The Health, both of which came to similar conclusions as Seaspiracy.

Scrutiny of those behind the camera is valid. But the filmmakers are not the first to aim criticism at the MSC.

Indeed, in recent years there have been campaigns, reports and even a parliamentary inquiry demanding reform of MSC operations. In 2017, the MSC was criticised for certifying fisheries for sustainable portions of their catches, even if they then went on to fish unsustainably on the same trip.

It has also faced accusations it is failing to adequately tackle the practice of shark finning in certified fisheries and that it gives a misleading impression to consumers of what certified fishing really looks like – claims it denies.

According to the University of Exeter’s Professor Callum Roberts, who contributed testimony to the film, both he and NGOs who have criticised the MSC initially tried to work with and within it but, due to a lack of action, felt compelled to go public.

“This is an organisation that doesn’t want to listen and has developed an incredibly bureaucratic process for making changes to the way it does things, and hides behind that, and really hasn’t been responsive to criticism,” he claims.

“This is an organisation that doesn’t want to listen”

While Clark acknowledges Roberts is an “eminent marine scientist” and holds views that “need to be considered” as part of the conversation around sustainable seafood, he argues his views are not unanimously supported by the marine scientific community.

And while the pair agree there are issues with the wider fishing industry, Clark also denies his organisation has failed to engage with its critics.

“Ultimately, the MSC is a listening organisation,” Clark says. “In a meeting recently, I gave Callum an example of a fishery operating in the UK which has been assisting the local bird population in that area,” he says. “He was nodding away at that. He agreed it was a great thing.

“If you cherry-pick bad examples, as the film did, it just oversimplifies and discredits all the incredible work and effort that’s been going on over the past 20 years.”

It remains the case that there is some credibility to Seaspiracy’s criticism of the MSC. But whether you believe the MSC needs reform seems to hinge on whether you are inside or outside the seafood industry’s tent.

“It’s not just a blue tick,” argues Whitby Seafoods sales and marketing director Laura Whittle. “It’s incredibly rigorous. You have to eliminate bycatch, you have to prove you’re not wrecking the seabed. It can take five years to pass but it can also take five years to fail. The logo means something.”

Whittle – whose company is currently part of a project pursuing MSC accreditation for langoustine fisheries across the UK – says she sees no pressing need for MSC reform. Asked whether she thinks there is anywhere for unsustainable fisheries to hide, she says: “I don’t believe there’s anybody selling an MSC-certified product from a fishery that hasn’t been rigorously assessed.”

Even Roberts concedes there are “many” fisheries that operate sustainably and “have gone through all the hoops the MSC has set”. But he argues that it doesn’t take many bad eggs to undermine those that do follow the MSC guidelines by letter and spirit. “If trust in the brand is eroded by dodgy certifications – and they amount to 10% to 15% of the fisheries certified – all the rest go down with them and that’s not a good way to run an organisation.”

“What Seaspiracy makes very clear is there’s a massive amount of damage being done to the marine environment by fishing. Much of it by MSC-certified fisheries. The fact is they shouldn’t be doing that sort of damage if consumers are expected to trust them,” he says.

“The MSC’s model is that by empowering consumers they’ll drive industry reform from within. We need that approach, but we also need regulation from outside.”

This means governments should take the issue of ocean sustainability more seriously, he says.

While Clark echoes Roberts’ calls for greater governmental engagement and acknowledges there are elements of the certification which “may not always operate perfectly”, he says he is confident in the organisation’s work and believes the MSC is the “best version of good you can get”.

So it appears Seaspiracy will not lead to major change within the MSC. Perhaps not least because MSC-certified ranges in retailers are growing, while its 2020 market report recorded £1.3bn sales of certified products, up 16% on the previous year.

Other than posting a rebuttal to the film’s allegations and embarking on a social media campaign to explain the MSC’s key facets, no other major action has been taken by it or its stakeholders.

But Clark suggests the market forces unleashed by the film could contribute to the evolution of the MSC’s current fisheries standard review, due to end next year.

Just how much the film will alter consumer opinion is yet to be seen. If it has the effect Cowspiracy had on the meat and dairy industries, then the MSC may well have to adapt ­further to survive.

What is clear is that the documentary has deepened the entrenchment on the opposite sides of the sustainability debate, leading to very different realities with little common ground in between.