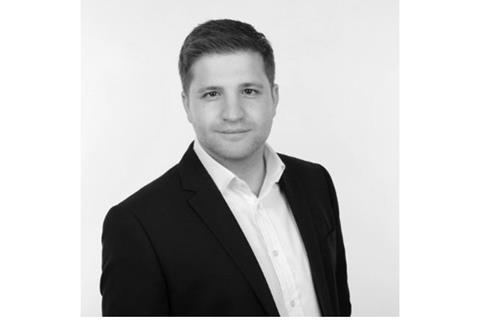 Moluluo had worked at Noble for almost a decade, taking key roles in its Gü Puds and egg shell divisions

Former Noble Foods MD Veli Moluluo has been appointed as Morrisons manufacturing operations director after guiding the leading egg supplier through the initial part of the coronavirus pandemic.

Moluluo had worked at Noble for almost a decade, rising through the ranks from being a senior national account manager to commercial director at its Gü pudding division before being appointed MD of its shell egg arm in June 2016.

Having stepped down from his role at Noble in July, Moluluo took up his new job at the supermarket this month. Morrisons has confirmed the appointment.

Appointed to his role at Noble as part of a rebuilding process in 2016, Moluluo worked through a challenging period for the company’s egg business, which includes brands such as the Happy Egg Co and Big & Fresh.

A volatile egg market during his time at the helm meant Noble’s profits dipped for two consecutive years, before stabilising last year.

Meanwhile, Moluluo oversaw changes to Noble’s animal welfare policies which has seen the firm achieving a top ranking in the Business Benchmark on Farm Animal Welfare report for the past two years.

More recently, he guided his division through the coronavirus pandemic, which saw widespread egg shortages across the mults during the height of lockdown. At the time, Moluluo told The Grocer shortages had been caused by a successful pancake day in February coinciding with panic-buying.

His appointment by Morrisons follows a spate of recent personnel changes at the retailer, including the appointment of Sainsbury’s brand mentor Rachel Eyre as its new marketing chief after promoting Andy Atkinson to group commercial director.