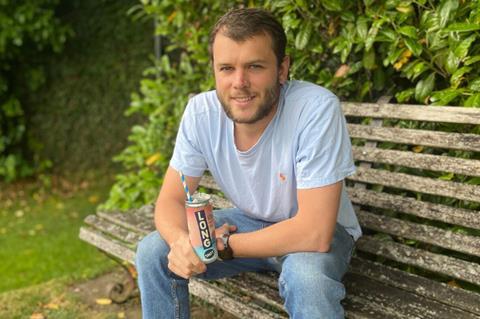 What was your first job? Running my own car washing business whilst in my teens.

What’s been your worst job interview? There were a few of these, although being told I had little to no knowledge for the job was pretty humiliating.

What was the first music single you bought? Not sure if I should admit this, but it was S Club 7’s ‘Reach’.

How do you describe your job to your mates? I make the drinks that I always wanted but could never find anywhere.

What is the most rewarding part of your job? Meeting so many interesting people on their own entrepreneurial journeys.

What is the least rewarding part? Trying to cover everything in a day usually results in long hours.

What is your motto in life? ‘I have not failed. I have found a thousand ways that won’t work’ –Thomas Edison. Never give up, just learn from your experiences.

If you were allowed one dream perk, what would it be? Unlimited restaurant coupons to go and try every restaurant.

If you could change one thing in grocery, what would it be? Having dedicated ‘seasonal’ versions of the big supermarkets, which only sell UK-based produce driven by the four seasons. We need to change the way people think about buying, and that being able to buy strawberries in the middle of winter just isn’t a sustainable way to live.

What luxury would you have on a desert island? Unlimited scotch eggs or music.

What animal reflects your personality? Tricky one, but I’d say a horse. They’re extremely hard workers – but can also suddenly sprint at 50mph at the drop of a hat.

What’s your favourite film and why? Lion, if you haven’t watched it then you must. A true story about a boy who retraces his childhood in order to find home.

Which celebrity would you most like to work with and why? Robert Downey Jr – but only as long as he’s in character as Tony Stark. That guy is a genius.

What would your death row meal be? Fish & chips with all the trimmings, washed down with a can of Long Shot. A British classic with a modern twist.