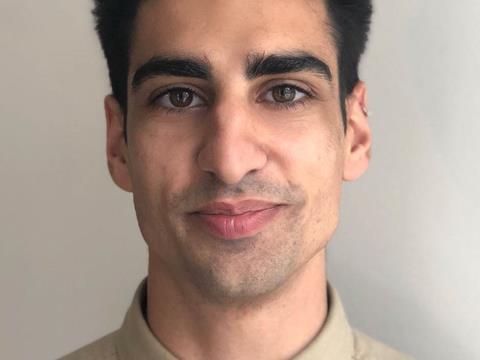 What was your first job? It was a temping admin job but I got fired after a day because I was so bad.

How do you describe your job to your mates? Like being in a boxing ring with someone way bigger and stronger than you; you move forward, they knock you back and you come back fighting. Rinse and repeat.

What is the most rewarding part of your job? Building a team I trust and respect.

What is the least rewarding part? It’s all rewarding when it’s building towards something you care about - although new line forms are never a barrel of laughs.

What is your motto in life? A life motto feels a bit David Brent, so how about some song lyrics from the late, great Aaliyah instead: “And if at first you don’t succeed, dust yourself off and try again.”

Do you have any phobias? As a kid I was petrified that the wind would blow me away.

If you could change one thing in grocery, what would it be? Given the increasing emphasis on challenger brands, it would be invaluable if retailer partners could spend a week on the ground with startup suppliers in their business.

What luxury would you have on a desert island? A solar-powered quad bike.

What animal most reflects your personality? An owl. I’m observant and like to think I can be wise, but occasionally do feel like retreating into a dark hole halfway up a tree.

What’s your favourite film and why? The Usual Suspects. I’m a sucker for twists.

What has been the most embarrassing moment in your life? I was about 14 and stood outside a house party with a load of people. It was freezing (an important part of the story). My friend thought it would be funny to pull my trousers and pants down - as I mentioned, it was really cold that night.

Which celebrity would you most like to work with and why? It would be Neil deGrasse Tyson. Not only could I ask him questions about the cosmos all day, he could put any stress into perspective by reminding me that we’re bits of star dust.