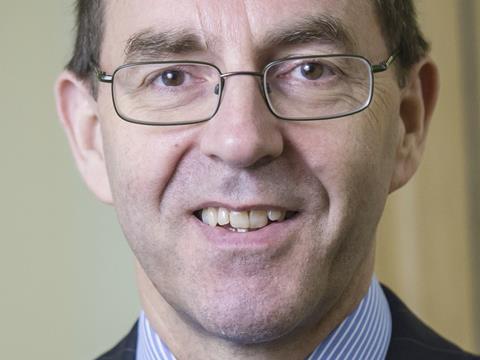 Peter Cusick, partner and head of food at Roythornes Solicitors, on helicopters, heights and being like a blue fox

What was your first job? It was a clerical job at the Ministry of Agriculture, Fisheries and Food. It’s actually a happy ­coincidence that years later I ended up working in the agriculture and food sectors as a lawyer.

What was the first music single you bought? Cruel To Be Kind by Nick Lowe. My ownership of it was short-lived as within days of its purchase, I swapped it with a friend for a Tubeway Army picture disc.

How do you describe your job to your mates? My job can be quite complex, so I normally say something simple like ‘I help businesses, mainly in the agriculture and food sectors, with commercial disputes’.

What is the most rewarding part of your job? When you are able to help someone and bring their case to a positive resolution.

What is the least rewarding part? The stress I put myself under to achieve the above!

What is your motto in life? Treat others the way you want to be treated.

If you were allowed one dream perk, what would it be? A commute by helicopter - the views across the Lincolnshire countryside from the air would be a fantastic sight each morning.

Do you have any phobias? I am not particularly keen on heights.

What luxury would you have on a desert island? A large supply of paper and pens to record my thoughts while I waited for the inevitable rescue!

What animal most reflects your personality? I was not sure about the answer, so I filled out a survey on the internet, which told me I’m most like a blue fox, as I like a challenge. It also revealed I have a number of animal soul mates and others I supposedly do not get on with!

What’s your favourite film and why? One Flew Over the Cuckoo’s Nest always leaves an impression on me.

What has been the most embarrassing moment in your life? Turning up at the High Court after an early morning start wearing a ‘suit’ consisting of a blue jacket and black trousers. It looked like I had got dressed in the dark - which is literally what had happened!

Which celebrity would you most like to work with and why? Someone who would make me laugh, like Peter Kay, would be great. Car Share was hilarious.