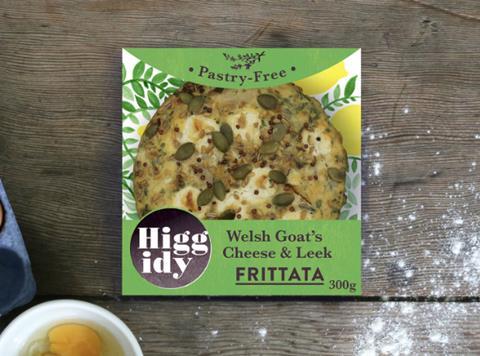 The Frittata range will roll out from 25 October

Higgidy is making a move in to healthier eating with the launch of its first pastry-free range.

Frittata’s launch was aimed at the consumer trend for managing health “while also looking for convenient and indulgent options” said Higgidy, which hoped to tap snacking and midweek meal occasions.

Made with free-range British eggs, the new baked products “bridged the gap between food for now and food for later” Stephens added. “Traditionally, we sat in food for later – and that’s another reason for Frittata.”

The NPD will roll in to Waitrose from 25 October and to Tesco from 6 November (rsp: £4/400g). It will be backed by an online push in the spring.