How the big four are approaching the forthcoming price war 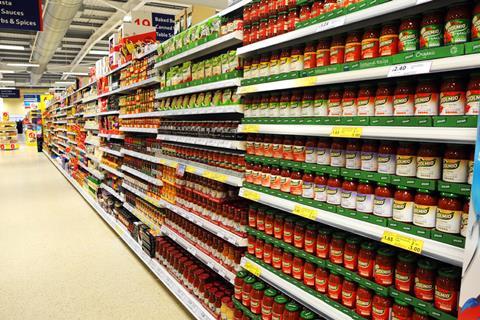 It’s remarkable how many suppliers have not altered their annual plans despite what’s going on in the market. Bizarrely they appear bemused that their numbers are not coming in the way they had budgeted back in 2019. But they can’t ignore this next wave of pressure. The looming recession brings price competition – competition that suppliers can’t fund, as many have just had their ranges Covid-culled by the main retailers.

Consumers really need this price competition, having paid through the nose for their essentials for months. The surgical glove has been thrown down by Tesco, which until now has been exposed on average pricing due to its huge reduction of promotions. Tesco may deny it, but we are heading towards a price war.

Tesco’s approach is to demand that suppliers fund this war. Talk about a sucker punch: ‘I’ve just hacked your range down to a bare minimum, but I now need you to cut your price 30% so my big operation can compete with those efficient littler ones.’ It may be a roll of the dice, but suppliers should dig in early on this. Tesco are contradicting their own strategic ‘balance matrix’, and even brands of low importance to price-sensitive shoppers are being pushed into inappropriate EDLP pricing. It’s pointless for shoppers and ruins the good targeting work that Tesco has done over the past five years.

Tesco: why our push for low prices isn’t anti-brand

Discounters pay suppliers more at cost price than Tesco, which takes about 20% higher profit on return (POR). Where Tesco gets 26% or 46%, the discounters accept 6% and 25% POR. Make up your mind Tesco: are you a choice retailer or a discounter? This is your battle, so you need to put down the begging bowl and dip both hands into those pockets.

Of course, Tesco has the wrong infrastructure and property base to be a successful discounter. Its range is already tight and I don’t believe it will pull the trigger on its threats to the favourites that are left in its ranges. Dissenting suppliers expecting a haircut are more likely to get a fringe trim.

But let’s not underestimate just how real the pressure is. Boots’ job cuts are an indication of the severity of the situation. Intense pricing aggression could create another retail casualty in a struggling competitive set.

In reaction, Sainsbury’s weapon of choice is promotions: hi-low hi-low, it’s off to war it goes. It could work. Shoppers lost trust in complex promotions years ago but promos are a great pricing tool and I predict that, with lockdown easing, promiscuous shoppers will go hunting for their beloved deals once again. This beats EDLP hands down for some 30% of shoppers. Suppliers also prefer supporting this to EDLP, given the immediate volume boosts.

Asda, on the other hand, has cut its range more than anyone, and has lost market position on price and promotion. With no obvious place to turn, if it chooses again to ‘roll back’ right into the discounters’ jaws, there may be trouble ahead for the Walmart subsidiary.