How much profit should food companies make during a cost of living crisis? 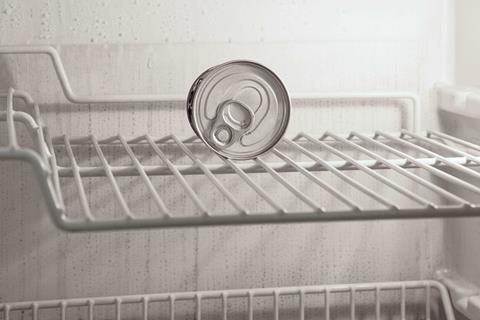 Consider how value is distributed along food chains. Think of a traditional balloon, with most ‘power’ concentrated at one end. A gentle squeeze will alter its shape, redistributing that power.

At the moment, that balloon is being tested. Food retailers are trying to avoid passing ingredient cost increases onto customers while also avoiding squeezing producers so hard that the balloon bursts. This is the challenge for food companies trying to manage the cost of living conundrum.

Recent supermarket profit announcements have been accompanied by warnings cautioning about cost of living concerns. But these don’t go far enough. We need more radical responses. One question not asked enough is: how much profit should food companies make? It’s fair enough to want to make profits – but sufficient, not excessive, ones.

Also, everything shouldn’t revolve around financial profit alone. People, animals and planet matter too. Indeed, what is the point of business without them? Yet they’re often exploited and not included in the price we pay for food.

Analysis by Which? showed hundreds of grocery prices soared by over 20% in two years, and we know many millions are struggling. I’m fortunate in never having been in poverty. That will be the case for most food company executives. Yet almost one in four households that include someone working in the food sector have experienced food insecurity in the past six months, according to the Food Foundation, via a nationally representative UK YouGov survey. As well as government action, executives must show strong leadership when so many of their own employees are forced to cut back or skip meals.

At the Food Ethics Council’s recent Business Forum, participants expressed unanimous concern about the cost of living crisis, with words like hurt, hunger and uncertainty describing their emotions. However, we must move beyond a feeling of helplessness. What options are available to those trying to square the circle on the crisis and manage profitability, without sacrificing fairness for suppliers, animal welfare or the environment?

Despite supermarket profit margins typically only being 1%-2%, absolute profits are huge. Sustain cites collective profits of the UK’s largest four supermarkets in excess of £4bn. Accusations of profiteering will only get louder. A windfall tax on big food may be unlikely, but companies accepting lower profits might be necessary. This won’t be a temporary crunch, and it shouldn’t be a cost of greed crisis.

Surely sensible owners of major UK food businesses should accept smaller returns (even break-even) in the short term with a view to surviving and prospering in the future, rather than demanding immediate high returns that risk collapsing supply chains. Investors, particularly private equity, need persuading of the importance of taking a long-term approach and sometimes sacrificing short-term returns for long-term gain.

Why don’t progressive executives introduce a maximum pay differential, fixing the difference between the lowest and highest earners at no more than, say, a factor of seven, and taking a pay cut themselves in the process? Executives can be stronger policy advocates too. Challenge the UK government on its decision to put public health measures restricting HFSS advertising on the backburner. In the meantime, drive forward a sector-wide commitment to ban HFSS products being shown on TV and online before 9pm. Be vocal advocating for policies on social security and housing that affect food too.

The cost of living crisis is not an excuse to abandon net zero, exploit farmers or overburden already-stretched food aid charities. Such moves are short-sighted and only store up problems for the future. Fairer prices would unshackle farmers from the life support of handouts based on farm size, and allow them to take advantage of new subsidy systems that will reward environmental outcomes. Major food companies with net zero plans that are worth their salt will support farmers on the transition, not abandon them when the going gets tough. No single measure will solve everything, but we must shift food business models in a better direction. Do your bit.