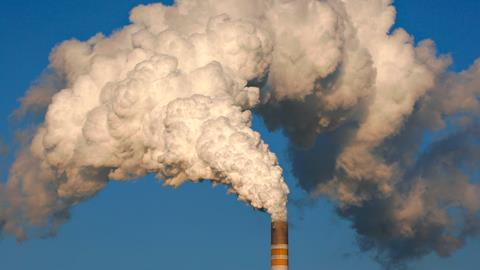 Tesco is offering incentives to suppliers who report and reduce emissions. So what does it mean for suppliers, and is there a catch?

As the COP26 UN climate change conference looms, questions are being asked about the food and drink industry’s response to the climate crisis.

Last week The Grocer revealed more than a third of food and drink companies had yet to set any climate change or sustainability targets, according to a survey by the FDF.

With smaller companies in particular facing huge financial barriers to measuring their emissions, especially after the impact of Covid and Brexit, Tesco has become the first business to offer supply chain finance incentives to those who are prepared to submit to greater transparency.

But is the scheme by the UK’s biggest retailer a revolutionary way to help transform the quality of data in the race to carbon zero, or could there be a sting in the tail for suppliers?

Tesco’s offer includes a tiered series of incentives (see box, below) aimed particularly at SMEs. They stand to benefit from enhanced funding rates from its partner in the scheme, banking giant Santander, depending on how open they are prepared to be and how effectively they cut emissions.

With accountants KPMG signed up to provide assurance of the programme, Tesco has also recruited global sustainability consultancy Anthesis to work with the companies that join up. The financial perks will be based initially on greenhouse gas reductions but are set to be developed over time to take in other targets in line with Tesco’s sustainability manifesto.

Many large retailers and suppliers already offer supply chain finance (SCF) to their suppliers, which revolves around companies giving up a slice of their invoices in return for faster payments from the companies’ banking partners.

Tesco’s scheme is believed to be the first to add an environmental performance element to SCF, which would see the percentage of payment deducted reduced dependent on their performance in tackling green house gas (GHG) emissions

The incentives will be in three tiers, based on companies that (1) share GHG data, (2) share data and set targets to reduce GHG emissions and (3) show success in GHG reduction

Tesco says further metrics, which are likely to be based on the supermarket’s sustainability manifesto, will be added further down the line

Tesco’s move, which it says was in the pipeline before the pandemic, comes with new CEO Ken Murphy, in his first public speech in March, told The Grocer sustainability conference that COP26 was a “crucial milestone”.

Chris Morris, principal consultant at Anthesis, says it is no coincidence Tesco’s scheme is scheduled to launch in September, just weeks before the climate change summit. “This is Tesco looking to position itself as the drumbeat in the run-up to COP26.

“Loss of diversity due to climate change is the biggest challenge of our time, It doesn’t matter if you are a food supplier, a non-food supplier, big or small – carbon emissions relate to every business.

It’s not the first time a major retailer has offered green incentives to its supply chain.

In 2019, Walmart teamed up with HSBC as part of its Project Gigaton, a bid to rid a billion tonnes of greenhouse gases from its global supply by 2030.

However, that scheme was based on preferential loans to companies, while Tesco’s sliding scale of financial incentives potentially gives it more power to align suppliers to its agenda.

Tesco sees itself as a climate change pioneer. In 2017 it was the first big company globally to set targets for its own operations in line with the 1.5-degree aim of the Paris Climate Agreement. It also promised suppliers would reduce emissions by 20% by 2025.

Last year the supermarket’s 70 biggest suppliers reported a 12% reduction in manufacturing emissions but, like other companies in the sector, it has faced a tougher task with smaller businesses in its chain.

Tesco denies it is turning the screw on suppliers, but its head of environment, Anna Turrell, told a roundtable organised by Coca-Cola European Partners this week that reliable data from across the supply chain was vital. “The key focus for us is around collaboration and transparency,” she said. “There is no bigger issue we are facing than climate change and setting common goals and having clear science-based targets and robust credible data is key.”

Last week’s FDF poll shows just how far Tesco and other big companies have to go.

It found 11% of food and drink companies had no carbon reduction or sustainability targets at all. A further 24% had plans but they were not yet acted upon.

The survey also found the cost to suppliers was the biggest barrier and, unsurprisingly, Scope 3 emissions – those not owned or controlled directly by companies – were the main area where data was missing.

Tesco says it is using the experience of its battle against food waste as a model for its attempt to take suppliers with it on what Turrell calls its “climate change journey”.

At the same time, former Tesco boss Dave Lewis was a prominent voice in calls for the government to bring in mandatory reporting of food waste.

There is a key question now over the extent to which Tesco will go down the same route for carbon reporting – and what the consequences will be for suppliers who don’t take part play along.

Proposals currently focus on publicly quoted companies, large private companies and limited liability partnerships (LLPs) reporting on Scope 1 and 2 emissions. A debate is raging between the industry and campaigners on whether those targets should stretch to cover the entire supply chain and the thorny issue of Scope 3.

Meanwhile, The Grocer understands organisations including Wrap, IGD and the FDF are in talks about how an industry-wide reporting regime, similar to Wrap’s Food Waste Roadmap, could work.

Campaign groups say the sector must go much further on transparency and have as a whole welcomed Tesco’s move to incentivise stragglers.

In a report in February, the Food Foundation said “a lack of basic, transparent data within the food industry is currently hindering progress towards healthy, just, and sustainable food systems”.

“Scope 3 reporting is at heart a data challenge and getting good, reliable data has been the stumbling block,” adds Will Nicholson, project lead of investor metrics at the Food Foundation and one of the report’s authors.

“This could be a bold leadership move by Tesco. I see this as an early wave of what will become a new way of financing change in the supply chain as the UK tries to build back better from the pandemic.”

But some suppliers fear that Tesco’s move could ultimately force extra costs on them, despite the preferential rates on offer, if they do not have the budget to keep apace. One source warns the danger lies in rival supermarkets emulating Tesco’s move, in a retailer climate PR race their suppliers will have to run.

“What we don’t want is the emergence of competitive metrics from different retailers,” says the source. “We want one industry approach, with common goals.”

But Anthesis’ Morris argues: “If companies aren’t starting to make plans for carbon reduction then they are probably not going to be around in the next 10 or 20 years.”

And Turrell says an industry approach is exactly what Tesco itself wants to encourage with the new scheme. “Often companies can have a tendency to chase after their own ambitions and goals but when it comes to climate change we will only be able to succeed if we work together,” she says. “We are wholly dependent on our suppliers and their suppliers to be accurately tackling robust data to demonstrate we are going in the right direction.”