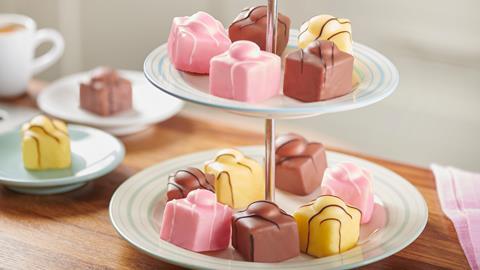 As consumers retreat to old favourites, will coronavirus be the death of challenger brands?

Old habits die hard. And when a global pandemic hits, they seem to become even more ingrained.

Although it feels like an eternity, it was only two months ago that supermarkets were fighting tooth and nail to secure listings of some of the most innovative, trendy challenger brands consumers were actively seeking.

Whether a pea-based milk alternative, plant-based shawarma kebabs or CBD gum, these premium, niche products were driving almost 60% of growth in the food and drink sphere, and retailers wanted in on the action.

Incubators and accelerator programmes promising listings – often in exchange for exclusivity – were popping up left, right and centre. It seemed the trend could only accelerate, with new products launched on almost a daily basis.

But as the coronavirus crisis took hold of the UK, decades-old brands saw a resurgence. Rather than being experimental, shoppers sought comfort by filling their baskets with familiar products that had been with them all their lives.

Mr Kipling maker Premier Foods, who had struggled until a few years ago, with speculation last year that a break-up of its brands was imminent, reported a 10.5% sales increase in March. It was still seeing “higher than average patterns of demand”, Premier said last week.

Associated British Foods, the business behind Ryvita and Kingsmill, said it “produced more than ever before” during the lockdown, while fmcg giant Unilever said Hellmann’s mayo and Knorr stock cubes were star performers of its first quarter.

And as consumers turned their backs on challenger brands so did supermarkets, which have been accused of deprioritising startups in favour of ‘essentials’ from big corporations. According to an exclusive survey conducted by The Grocer at the end of March, as retailers dealt with the initial stockpiling crisis, 37% of SMEs reported falling retail sales, with a further 15% having been contacted by supermarket stockists to advise of temporarily delistings.

But challenger brands have not been sitting on their hands, rushing to boost e-commerce sales – both through their own web stores and Amazon – in an effort to reach loyal consumers.

Young Foodies has also come to the rescue, launching an e-commerce site entirely dedicated to independent businesses. The aim of the website – called Mighty Small – is to help startups “rejuvenate sales, boost cashflow and grow categories”, while providing support to navigate the crisis.

Yet the fear is mounting that these initiatives alone will not be enough to keep many of these innovative, on-trend brands from going under. Unless both consumers and supermarkets get back to backing them, the losers won’t simply be their young, passionate founders. We all will miss out on a vital part of food innovation that has, so far, made the UK’s food startup scene the finest in Europe.