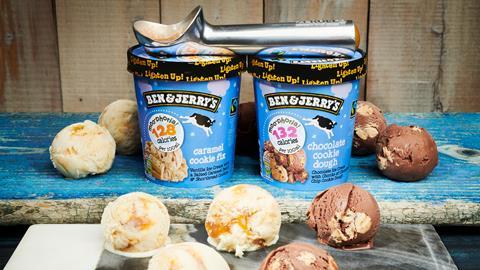 ‘Stay out of politics and stick to ice cream.’ That was today’s message to Ben & Jerry’s from the government and its supporters.

Why? Because the brand yesterday challenged Priti Patel about what she described on Monday as the “unacceptable number of illegal small boat crossings” from France by asylum seekers.

In a Twitter thread with a number of citations, @benandjerrysUK told the home secretary that “people wouldn’t make dangerous journeys if they had any other choice” and “it is enshrined in the 1951 Refugee Convention that crossing a border ‘illegally’ should not impact your asylum claim”.

It was informed, thoughtful commentary – the exact opposite of the Home Office’s retort.

“Priti is working day and night to bring an end to these small boat crossings, which are facilitated by international criminal gangs and are rightly of serious concern to the British people,” Patel’s team claimed. “If that means upsetting the social media team for a brand of overpriced junk food, then so be it.”

He was just one of many who remarked on the brand’s ownership. Others went further by highlighting Unilever’s malfeasances – which, admittedly, are starkly at odds with the Ben & Jerry ethos.

Only last month, for instance, Kenyan tea workers launched a formal complaint at the UN against the Anglo-Dutch supplier for its alleged failure to protect workers from a foreseeable risk from ethnic violence in 2007.

Or take the accusations Unilever has faced for promoting racial stereotypes through its Fair & Lovely skin lightening cream. However, the company is now changing the brand – albeit belatedly – amid the Black Lives Matter furore.

And the move stands as a small illustration of how Unilever can be seen to be correcting the transgressions of its past. There’s also its admirable work on sustainable packaging and its stance against fake news and divisive content online, too.

One of Unilever’s most effective tools in its efforts to be better, it could be argued, is Ben & Jerry’s. (At least from a social justice point of view, if not a health one.) The brand has a storied history of sticking up for the downtrodden and disaffected.

Of late, for example, it announced in 2017 that it would not serve two scoops of the same ice cream flavour in Australia, due to the refusal of the country’s government to legalise same-sex marriage.

Last year, Ben & Jerry’s unveiled Cone Together, a variant to support refugee charities. That was followed this June by a call to “dismantle white supremacy”. And now this week’s controversy.

Fmcg brands being told to mind their business is nothing new. Just ask Yorkshire Tea, Twinings, Typhoo and, notably, PG Tips – owned, of course, by Unilever – which all stood with BLM this summer via Twitter. That led to threats of boycotts by right-wingers as punishment for so-called virtue signalling. Again, the brands were told to stay out of politics.

Yet it’s hard to focus only on tea – or, indeed, ice cream – when climate change, food waste, hunger, slavery and childhood obesity are all in some way connected to food and drink. And they are all, unquestionably, political/social issues. Many mistakes will be made along the way. But at least the industry is trying.