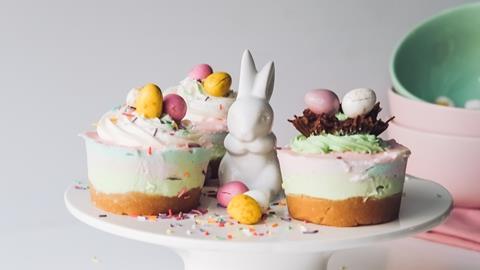 Easter ‘close to normal’? If early sales are anything to go by they could actually be better than that

This was the point we were supposed to be enjoying a taste of normality, wasn’t it? After the hastily locked-down Christmas, Easter was the next big seasonal event at which the nation’s spirits could be bolstered – although it was telling that Boris Johnson replaced his often regrettable “back to normal” promises with “close to normal”.

It’s still very far from normal, of course. Hospitality venues are still closed, and we’re only allowed to meet friends and family outdoors – a proposition that will feel less tempting when the mercury returns to a high of 13 degrees over the weekend.

On the plus side, it is much more normal than Easter last year, when we were cooped up, many in abject fear, of the virus, of course, and the prospects for the future – and only allowed out for one hour of exercise.

That’s already making a massive difference to sales. Last year, extended family gatherings were banned. Grandparents – who typically account for a large proportion of purchases – were unable to visit. That saw the value of seasonal categories tumble 16.7% year on year in the three weeks to Easter Sunday, according to Kantar. While grocery sales as a whole were flying, Easter confectionery was left languishing on the shelves, and were subject to deep discounts once the weekend was over.

This year, the reverse looks to be true. Early reports from Kantar show Easter egg sales are already up 50% on this time last year at £153m. Shoppers have spent £37m on hot cross buns. Our store of the week, Tesco Warfield, Bracknell, sold more across total grocery last weekend than the same time last year – no mean feat considering in 2020, we were in the midst of stockpiling. And the bank holiday weekend hasn’t even begun.

Fraser McKevitt, head of retail and consumer insight at Kantar, says there are even signs of people “making a special, even symbolic, effort this year”. That stands to reason. Because although we had hoped for fewer restrictions this Easter, it’s still the most freedom we’ve had for a big seasonal occasion since the first lockdown began. As hospitality is still closed, that pent-up desire to celebrate will manifest itself in grocery.

That means Easter sales won’t just be “close to normal” – they may actually exceed our former definition of normality.