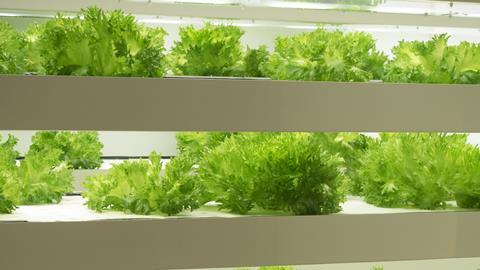 There is an entire Buzzfeed quiz dedicated to finding the perfect ripeness of banana. Readers are presented with 15 states of ripeness – from a green, unripe fruit to an overripe, squishy mess – and asked to choose their favourite. Opinions differ. Some like their bananas on the green side (they are quickly branded psychopaths) and others prefer them with a couple of brown spots. But no one wants the overripe, squishy mess.

Silly as it may seem, this perfectly sums up the main problem with online shopping. In stores, consumers will pore over produce to find their preferred level of freshness. For online shops, that option isn’t there. So consumers expect pickers will simply go for the produce that is closest to its sell-by date. In other words, they will be left with the overripe, squishy banana.

Online players have repeatedly tried tackling these perceptions. Sainsbury’s, for example, has a freshness guarantee that pledges its pickers “work with you in mind, so it’s as if you picked it yourself”. Tesco has a similar guarantee that promises your money back if freshness standards fall short.

But that message just doesn’t seem to have got through. A Mintel survey in April found appetite for online shopping had hit something of a plateau – and freshness was a key barrier. Of those who refused to shop online, 73% said they preferred to choose fresh products themselves.

So Ocado could be onto a winner with its £17m investment in vertical farming companies, announced this morning. According to CFO Duncan Tatton-Brown, the company could have as many as 10 vertical farms up and running within a decade. The idea is to locate vertical farms within or next to its customer fulfilment centres to ensure customers get the freshest produce possible. In the case of Ocado Zoom – its rapid delivery service – CEO Tim Steiner says customers may have fresh produce in their kitchen “within an hour of it being picked”.

It’s a pretty compelling claim. Not only will online be the same standard as an in-store shop, it will actually be fresher. In fact, the only thing fresher would be picking it from your own allotment. For those worried about overripe bananas and mushy tomatoes, this proposition could be what it takes to convert them to the world of online grocery. And gaining these sceptical new customers is vital to meaningful growth in this arena.

Admittedly, the concept remains on a pretty small scale. After all, we’re talking 10 vertical farms over as many years. There are others doing the same – in February, vertical farming chain InFarm announced plans to open its first store in London – but again it’s hardly mass-market stuff. So this isn’t the end of traditional growing, or the start of the big four all scrambling to supply their entire portfolio with vertical farms.