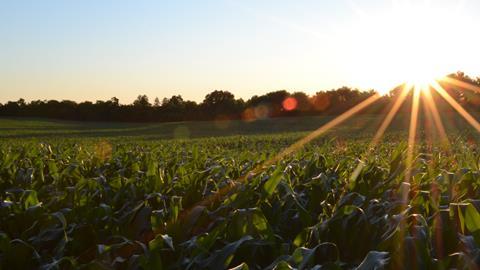 On-farm coronavirus outbreak shows fresh sector must not get complacent

News that more than 70 workers at a Herefordshire veg farm have contracted Covid-19 represents a worrying new chapter in the pandemic for the food industry.

The farm, owned by grower AS Green & Co, supplies greens and beans to the mults, and grows Tenderstem broccoli under licence from brand owner Coregeo. At least 73 of its largely migrant seasonal workforce team were confirmed positive with Covid-19 by Public Health England over the weekend, while a total of 200 people were self-isolating at the now locked-down farm.

With food manufacturing outbreaks so far limited to the often cold and damp environments found in meat plants and other factories, confirmation of the UK’s first farm-based cases will have dismayed many in a sector that has struggled so publicly to attract labour in recent years.

It should therefore come as no surprise that the likes of the NFU and British Growers Association were today quick to play down the fears of some farmers over more outbreaks and site closures during the crucial harvest season.

The NFU stressed there had been “significant investments” across the sector to make it Covid-safe, from the use of additional safety equipment and PPE, to regularly testing temperatures and following government guidance created specifically for seasonal workers.

BGA CEO Jack Ward added growers had done “a really good job of getting this far” without incident.

Some industry commentators have suggested food industry outbreaks have often been exacerbated by the fact many factory (and now farm) workers are migrants, who may not have a good grasp of English and often live and work “cheek by jowl”.

But the assumption any outbreaks were purely driven by foreign workers was too simplistic, stressed Ward. He suggested the AS Green outbreak should serve as a wake-up call for everyone working in the sector.

“[This outbreak will] reinforce the importance of social distancing and hygiene,” Ward said, noting Covid cases were much lower in the countries from which many seasonal workers came. “The chances of you catching it in the UK are significantly higher than they are in other parts of Europe and particularly eastern Europe.”

Thankfully, it appears the outbreak at AS Green has been contained on the farm, with the grower stating additional testing of other staff and management had returned negative.

But as the UK emerges from lockdown, we may have to prepare for these outbreaks to become a much more regular occurrence.

In a Telegraph comment piece published today, health secretary Matt Hancock said “targeted action” was being taken against more than 100 local outbreaks of coronavirus in England every week.

“At this phase of the pandemic, we still expect to see cases in the community and within settings where people are closer together, such as workplaces,” added PHE Midlands health protection director Katie Spence over the weekend.

Now, more than ever, is not the time for the sector to become complacent.