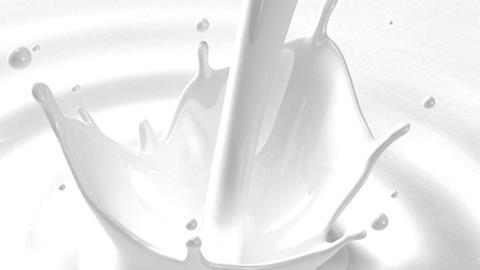 Vegan food suppliers are under increasing pressure on salt… and dairy

A troublingly large proportion of vegan meals from well-known eateries are “drowning in salt”.

So says Action on Salt, which today published a study of 290 plant-based meals served by 45 restaurant, takeaway, fast food and coffee chains. The findings are palpitation-inducing.

“Nearly half (45%) of meals eaten out of the home contain 3g or more salt in just a single meal – that’s half the maximum daily limit for an adult,” it says.

“If these restaurant chains were to display colour-coded nutrition information on their menus like packaged food in supermarkets, more than four out of five plant-based meals would have a red label for high salt content,” Action on Salt warns.

It goes on to criticise restaurants’ exploitation of the “vegan health halo” – the assumption by many consumers that meat-free means better for you. “It is important to know a ‘plant-based’ or ‘vegan’ label does not automatically qualify a product as healthy,” notes the organisation’s campaign manager Sonia Pombo.

She’s not the first person to make such a remark, but it bears repeating. Dishes containing “more salt than seven McDonald’s hamburgers” are cause for concern. However, excessive amounts of salt in takeaway food pale by comparison with a health-threatening problem apparently plaguing vegan food in grocery.

That is, contamination by milk. There have already been at least four recalls this year as a result of this. Last week, Food for Progress recalled its Oumph Burger because it may have contained milk. The move came after Iceland last month withdrew several of its vegan products due to milk contamination. In a separate incident, the retailer pulled its No Cheese lines for the same reason. Also in February, No Meat recalled No Porkies 6 Meat-Free Sausage Rolls because… guess what.

On each occasion, the Food Standards Agency warned: “This means the product is a possible health risk for anyone with an allergy or intolerance to milk or milk constituents.”

This is a particularly disturbing state of affairs when it comes to plant-based – because many shoppers for whom dairy is off limits will, understandably, choose vegan products in the assumption they are safe to eat.

This puts the onus on suppliers to take considerably greater measures than usual to avoid cross-contamination of health-threatening ingredients.

We’ve already seen in out-of-home the grievous consequences of severe milk allergies. Owen Carey suffered a fatal reaction after eating a Byron chicken burger that contained undeclared buttermilk, while Celia Marsh died after eating a Pret a Manger sandwich containing supposedly dairy-free yoghurt that was found to be contaminated with dairy.

It is vital grocery brands do not find themselves responsible for such tragedies.