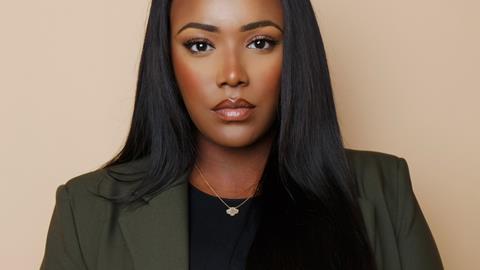 Oja’s Mariam Jimoh on the multicultural gap in grocery

Mariam Jimoh founded Oja in 2018 after growing tired of the lack of Nigerian food in British supermarkets. The delivery platform’s rapid rise since suggests she’s far from alone

“When you’re a second-generation immigrant, the closest thing you have to where you’re from is your food,” says Mariam Jimoh. Unfortunately for her, working 20-hour days as an investment banker at Rothschild, she had little time to shop for the Nigerian ingredients she craved. It is a common experience for those from different cultural backgrounds, Jimoh says. For while the British supermarkets have recently sought to diversify their food to better cater to Britain’s diverse communities, “everybody knows that ethnic people don’t shop in the world food aisle”.

Instead, they are forced to travel far and wide to find the ingredients they need. Jimoh herself ended up either going to her parents’ houses or to distant stores at great time and expense. That is, before she came up with Oja. Oja – which means ‘market’ in Yoruba, a nod to Jimoh’s Nigerian heritage – is an online platform for people wanting the foods not easily found in traditional supermarkets.

Jimoh left banking in 2018 to set up the company, yet despite coming out of the world of finance, her life appears to be no less frantic. She warns at the start of our call that her signal may cut off because she is driving across East London after “a manic morning” visiting the Oja office in Canning Town. “I thought I was going to make it in time for our call, but it was always overambitious.”

At least her efforts seem to be paying off. Oja now has 5,000 daily users, of whom the majority are from London’s African and Caribbean communities, though Jimoh is keen to expand into Indian, Arabic and Greek products as well. It’s catching the eye of industry veterans too. In November, Oja’s first seed funding round bagged $3.4m from a stellar lineup of angel investors, including Darren Shapland, ex-CFO of Sainsbury’s; Anton Soulier, CEO of Taster and one of Deliveroo’s earliest employees; and Ricardo Weder, CEO of Justo, Mexico’s online grocery giant.

While Oja is most often mentioned alongside the rapid grocers, Jimoh rejects the comparison, arguing Oja’s focus is on operations and customer experience rather than speed. Deliveries are within a day, not 15 minutes, and the business has now even outsourced its delivery to Uber Eats across south and east London.

In many ways, its nearest competitors are the specialist retailers that have served multicultural communities for years. Oja’s bestsellers are plantains, yams and scotch bonnet peppers, alongside meat cuts like oxtail and curry mutton. “We sell so much plantain, people sometimes just call us the plantain app,” Jimoh laughs.

But Jimoh insists Oja isn’t stealing the sales of smaller stores, but rather getting more people involved with the ethnic grocery sector in general. By operating in the “nascent” market of online ethnic grocery, Oja is even helping to champion smaller businesses along the way, she argues. This is impossible in major supermarkets, she says, where “everyone is selling the same thing from the same suppliers and trying to squeeze out margins.” Anyway, she continues, those world food aisles are “not necessarily for the ethnicities that they say they’re for”.

Progress is being made, though. Take Sainsbury’s, which has recently added over 350 products to its world foods offering in efforts to “become more inclusive”. There is of course a commercial argument too, with sales of its world food products up 25% since 2019. But with the UK being such a multicultural nation – the non UK-born population is currently around 10 million, according to ONS – traditional grocers’ buying teams clearly have some catching up to do.

“I think it feeds down from leadership and the people they’re filling their teams with,” Jimoh says. “Who can bring those things to the forefront?” This lack of representation eventually trickles down to the customer offering, she says, and it’s why she wanted to make sure Oja had a diverse team representing multiple backgrounds. The online grocer mainly serves London’s large African and Caribbean community (with a focus on South African, Nigerian, Ghanaian, Congolese, Zimbabwean and halal offerings so far), but Jimoh explains that “even within the black culture, there are still segments within those communities and you have to really understand your customer so that they trust you enough to buy from you”.

Career highlight: Going from idea to shipping orders in less than 60 days

How do you relax outside work? I read and cook. And I love to swim

If you could have dinner with one person who would it be? Right now, Elon Musk – he seems a good laugh

The best business advice you’ve ever been given: Know your strengths and weaknesses and outsource the latter

The worst business advice you’ve ever been given: Say what investors want to hear

This nuanced understanding of the ethnic minority market is how Oja grew its customer base so quickly, mostly via word of mouth as well as great social media presence. It began with a successful small-scale three-month pilot trial launched in November 2020 with only 200 participants. Now, the online marketplace delivers over 1,500 multicultural products to three different post codes in London and has seen “enormous growth” since going live around seven months ago. In May, it registered an 85% month-on-month sales increase.

Meanwhile, Oja is increasing its range to 2,000 products by the end of September by branching out to areas like hair and skincare, and Jimoh is keen to represent more ethnicities within the range offering. The team is “growing by the week” with Oja currently in the midst of another fundraising round. There are plans to expand UK operations in the near future, and a European expansion, where Jimoh says there is big demand, is not entirely off the cards.

Jimoh has clearly hit on something with Oja. Namely, that supermarkets are still failing to reflect Britain’s multicultural population. Exactly how much more Oja grows will show just how wide of the mark they are.