Brewer at Beerd Brewery on The Smashing Pumpkins, Damian Lewis and Anthony Bourdain 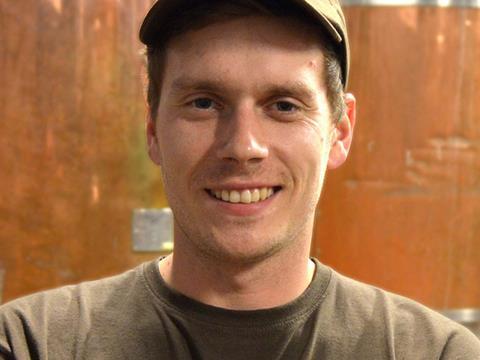 What was your first ever job? Washing dishes in a local village pub when I was 15. I did have a paper round before that, but it doesn’t count as I got sacked in my first week!

What’s been your worst job interview? I’ve never had a bad interview but I did get very nervous when talking to the head brewer at Beerd for the first time. I’m not scared of him anymore, though.

What was the first music single you bought? I can’t remember the single but my first album was Smashing Pumpkins: Mellon Collie. Don’t judge.

How do you describe your job to your mates? I have the best job in the world and also the manliest job. I make beer. Cheers.

What is the most rewarding part of your job? Watching people enjoying the beer I’ve produced.

The least rewarding? Not being super rich. But then I remember I have the best job in the world.

What is your motto in life? The greatest pleasure in life is doing what people say you cannot do - I just googled that, but I think I can adopt it as my new motto.

If you were allowed one dream perk, what would it be? A monthly beer allowance to try new beers from all over the world.

Do you have any phobias? Wasps - so annoying!

If you could change one thing in grocery, what would it be? I would like to see more Beerd brews on supermarket shelves. It would be great for more retailers to champion smaller producers who make unique and flavoursome beers - like us!

What luxury would you have on a desert island? A fully staffed five star hotel.

What animal most reflects your personality? A wasp.

What’s your favourite film and why? Not a film but I love Band of Brothers. Damian Lewis, what a heartthrob!

What was the most embarrassing moment in your life? After a visit to the dentist a few years back I couldn’t feel my face and didn’t notice that I dribbled blood all down my top. I looked like a zombie!

Which celebrity would you most like to work with and why? Anthony Bourdain, chef and travel journalist with a no bull attitude. I’d love to travel with him drinking great beer and eating great food.