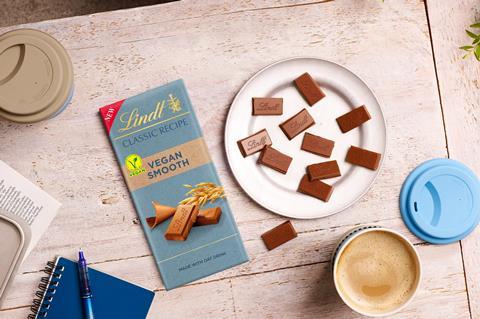 Lindt is launching a duo of upmarket vegan chocolate bars.

However the brand said it hoped they would appeal not just to vegan shoppers but to coeliacs and those following a gluten-free diet as a lifestyle choice.

The bars will roll into Sainsbury’s, Amazon and Lindt’s chocolate shops from January (rsp: £3/100g). Lindt will come up against the likes of Cadbury, which made its debut in vegan chocolate in October with a duo of ‘Plant Bars’.