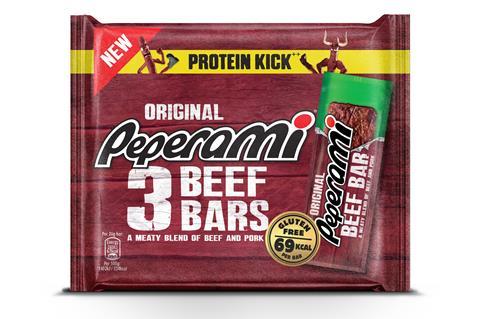 Why: Peperami’s Beef Bars, which rolled out in November 2019, are aimed squarely at the growing legion of health-conscious, protein-loving Brits. The bars - which contain a blend of beef and pork - are billed as being “portable” and “protein-packed” as well as a “healthier alternative to crisps and confectionery”. Per 20g bar they contain 69 calories and 5.2g of protein.

Consumer verdict: The highest percentage of reviewers (31%) gave these bars one star, declaring it a “really poor product” and airing disappointment at the “rubbery” texture. Lots of shoppers were also put off by the shape, saying that they would “prefer the traditional sausage shape” and that “the square is slightly odd”. Eight per cent gave the bars five stars, with one saying they “love it” and describing it as “meaty” and “juicy” and another saying it was “perfect for snacks or school lunches”.