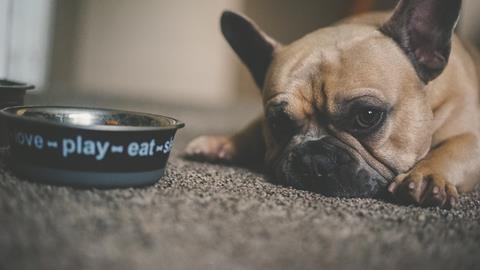 Owners of eager, excitable dogs will be familiar with the phrase ‘who’s taking who for a walk?’. But as of yesterday, this oft-repeated saying took on an entirely new meaning as our four-legged friends truly did take the lead… on chicken welfare.

Yes, in a move headline writers dream of, dogfood brand Beco received puppy love and belly rubs from animal rights groups as it beat many major human food companies in signing up to the Better Chicken Commitment.

The commitment requires signatories to meet its set of six standards on chicken welfare by 2026 (that’s the equivalent of about 40 dog years).

These include using slower-growing breeds of chicken and opening up their welfare practices to the public. And the great news for Beco is that it says it already meets all of the criteria. Woof woof!

It raises the question: why is a petfood brand – albeit one whose big USP is sustainability – taking the lead on welfare ahead of a whole host of big human food producers, outlets and retailers?

If you look at it cynically (I’m a journalist, it’s my job), most of the signatories to the BCC so far have enjoyed a free, sustained PR boost for taking the plunge.

Not only did they enjoy the good news stories at the time of their pledges about how nice they now are to chickens, they have also rid themselves of damaging campaigns against their businesses by the very animal welfare groups they are now in bed with.

Take KFC as a prime example. Before signing up to the BCC last year, it was getting constantly harangued for putting profits ahead of welfare.

Now, it is the BCC’s golden goose – animal rights groups have been gushing about how pleased they are with its progress over the past 12 months.

In all fairness to KFC, it really does seem intent on making a difference. In mid-July, it released a warts-and-all report following the first third-party audit of its welfare practices – one of the BCC’s six requirements.

The BCC’s signatories have also gained what is in essence free consultancy from the big animal charities on how they can improve practices. And even if they ultimately don’t meet the standards by the 2026 deadline, they still have a stick to shake at the businesses who never made the pledge in the first place. After all, they can argue that they at least showed some ambition.

For this piece, I contacted many of the major food outlets and retailers who have not signed up to the BCC. The main reasons for not doing so included already having their own “high-standard” approaches and, reading between the lines, commitment to being ‘affordable’.

But Beco has shown that it is possible to meet the standards and still appeal to consumers. So what’s stopping those wise old dogs in food manufacturing and retail from learning some new tricks?