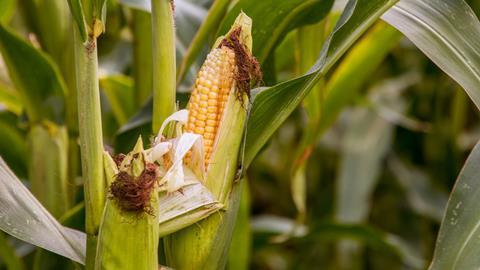 We should be stimulating the gene editing debate, not shutting it down

The latest battle for the future of Britain’s food is on. Chlorinated chicken is out (for now), gene editing is in. It stems from a new consultation on gene editing in what could be the first act of post-Brexit deregulation by the UK government.

The debate is fascinating, for this is genuine virgin territory in many ways. Unlike the chemical chicken saga that hung over US trade talks, many of the facts and opinions surrounding gene editing remain much more nuanced, and much less clear cut.

There are of course, justifiable concerns, primarily over the impact on human and environmental health. These were vocally advocated by 50 British organisations who wrote to supermarket CEOs last week week urging them to make a public statement denouncing the deregulation of gene editing.

The campaign hopes to leverage supermarket influence among the public and within Whitehall, recognising that retailers are “key players in the shape of future food and farming”. Yet while tapping into power brokers is a tried and tested method for any campaign, doing so here could come at the cost of stymieing the debate.

We don’t yet know enough about the implications of gene editing policy to say anything for sure. The science is rapidly evolving, as is the public policy. In the EU, for example, the technology is banned, though this is currently under review and the bloc’s agriculture ministers are broadly in favour. So while there are rightfully concerns that the UK could imperil its future trading with Europe by deregulating gene editing, this would be somewhat assuaged if Brussels did the same.

The British food industry is also divided. While the letter to supermarket bosses highlights widespread objection, when leading figures in the organic sector come out in favour of gene editing under certain circumstances then it suggests the issue is far from clear cut.

Gene editing could possibly harm trade, health and the environment. But it feels premature to conclude so for sure. Some claim it can save our food system, others that it will destroy it. In such a technical and nuanced topic, surely the best way forward is to facilitate further exploration and debate.

Were supermarkets to publicly denounce the idea under pressure from campaigners, many expert voices on health, trade, and the environment could be drowned out. Big, bold, supermarket statements lead to big, bold headlines, which in turn create big, bold Twitter storms. While public opinion should not be underestimated, big and bold is not necessarily best when it comes to understanding something so technical and complex.

Supermarkets got involved in the chlorinated chicken debate and they were arguably a key factor in shaping public opinion, and hence placing pressure on the government as campaigners wanted. But what if that happens again with gene editing?

Imagine, for example, supermarket bosses denounce gene editing. The government feels forced to quietly abandon its review as a result. Can anyone really say that’s a good outcome? Do we want companies to have that kind of power over government policy? Input yes, but in different circumstances that kind of corporate influence of public policy is the type at which many would baulk.

For the record, the government’s approach itself in all of this is far from ideal. Launching the review alongside boasts of gene editing’s benefits has left some concerned that the government has already made up its mind. Not only would that be unhelpful to open debate, but it could also potentially breach Cabinet Office principles that demand reviews are not launched if a decision has already effectively been made. No great shock there, you may suggest. But a debased and polarised debate will be of no benefit to anyone.