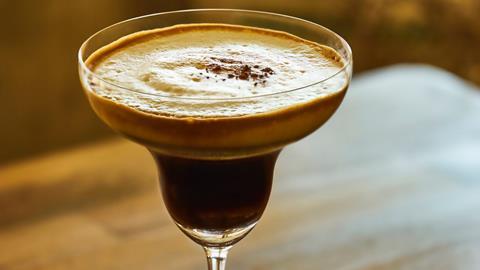 Hard coffee could be the next big thing in RTD. But who is it for?

It’s a nigh-unthinkable need-state of a morning: to be wide awake and energised but also drunk. Who the heck wants to arrive at work freshly caffeinated and seeing double?

Unsurprisingly, there’s no handy on-the-go solution to achieve such an end. But that may soon change with the advent of hard coffee, a trend that’s taking off in the US.

Basically, it’s boozy lattes in a can – sometimes known as spiked cold brew. Inspired by the phenomenon this year that was White Claw alcoholic seltzer, big brewers have been rushing to cash in on what they believe will be the next RTD craze.

In an effort to attract drinkers who have turned their backs on mainstream beer, Pabst Blue Ribbon unveiled a hard coffee in the summer to some success. This was followed last month by Miller Coors teaming up with hip coffee supplier La Colombe on a 4.2% abv cold brew.

There’s no reason why such activity won’t occur in the UK, too. We love RTDs, which added £5.6m to their value in grocery over the past year [Kantar 52 w/e 14 July 2019]. In fact, we love booze in general. Spirits are up an intoxicating £155m, for goodness’ sake.

Plus, we already have hard seltzers from the likes of Balans and Bodega Bay – with White Claw looking to be on its way. All of which suggests that the buoyant RTD market is ready to explode beyond the commonplace mojito, G&T or wine spritzer.

And yet, when it comes to boozy java in a can, one has to ask: who’s it for? Coffee and alcohol have enjoyed a long and storied partnership, for sure. Espresso martini requires theatre to prepare; after-dinner Irish coffee has aesthetic appeal (and squirty cream); and coffee porter is for sipping ‘n’ savouring. Boozy latte in a tin doesn’t seem like a replacement to any of these.

There is, however, one popular occasion that would perfectly suit a coffee RTD: the train journey – be it to or from drinkies. Or when commuting. But perhaps only when heading home at the end of the day.