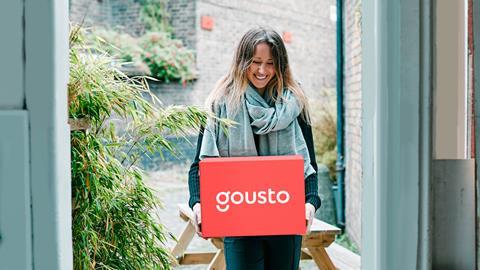 Is on or offline shopping better for the planet? Let the battle commence

If every home in the country replaced their dinners made from supermarket bought ingredients with meals from Gousto for a year, 10.3 million tonnes of CO2e could be saved. The equivalent of “taking nearly 142,000 buses off the road for a year” the meal kit company says, a slightly strange comparison given public transport is a one of the most planet-friendly ways to travel.

The green credentials of online grocery versus physical stores is fast emerging as key selling point for web-based retailers and recipe box brands hoping to nab customers from their bricks and mortar counterparts.

They have a decent case. Research from consultancy firm Oliver Wyman (in a recent analysis commissioned by Amazon) found offline shopping resulted in close to three times more greenhouse gas emissions than online shopping. Despite the huge fleets of delivery vans required to get product from distribution centres to homes, the emissions generated by a car per household driving to stores is so much worse, the study argued.

Oliver Wyman looked at non-food only, but for grocery the comparison is probably only more stark. Supermarkets burn much more energy than CFCs – thanks to all the lighting, open chillers, and air conditioning working against the freezer aisles and bakery ovens. Ocado’s new depots, meanwhile, will be greener than ever. Its proposed Islington site was due to be “the most sustainable grocery distribution facility in the UK”.

How can physical supermarkets make a counter case? While the energy efficiency of stores is improving all the time, so is that of CFCs and delivery vehicles. But they do have a sound line of argument, at least those that have adopted the store-pick model of fulfilment, which is most of them. Grocery delivery vans typically travel less far from stores to homes than they do from CFCs to homes, and make more drops per hour, according to Atrato.

Plus, the model utilises stores that already exist, rather than requiring new depots to be built. Despite the song and dance Ocado made about electric vans and reduction in road miles resulting from its new Islington depot, locals simply weren’t having it, meaning it has been scuppered by the High Court after a long-running campaign.

“Ocado can make as many attempts to greenwash as they like, but ultimately this type of facility has no place next to schools and homes,” said Cassie Moss, headteacher at Yerbury Primary School, which is adjacent to the site.

While supermarkets are unlikely to fight back against the specific claims of Gousto and the others joining the chorus, retailers will doubtless continue to boast about their impressive carbon reduction efforts.

Is on or offline better for the planet? The important thing is both sides of retail are trying to be, and are serious about reducing their impact. Long may the squabbling continue.