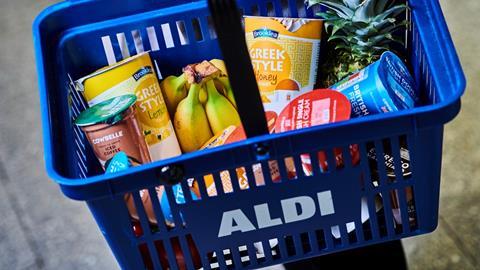 Yet another boost for Amazon as Aldi finally gets online

‘Like brands. Only cheaper,’ goes the tagline for Aldi’s 2011 TV adverts, which it is reviving this week. ‘Like other supermarkets. Only much less convenient,’ is how many loyal Aldi-ites have been feeling through the pandemic, given the company’s stubborn refusal to sell fresh goods over the web.

Until now. From this week, customers can order from a range of about 150 Aldi products for delivery via Deliveroo. It’s a single-store trial for now, but set to extend to a further seven in June and beyond later this year. Finally, bargain-hunters can get their Aldi fix without facing the even bigger burden supermarket shopping in person has become.

It was doubtless a difficult decision for the German discounter. In selling via Deliveroo, the discounter’s cheapest option ethos falls a bit flat. There will be a mark-up on products available online, and a flat £4.99 delivery charge. Will it need to add more caveats to the re-run ads?

But this is not the time to stay steadfast to past philosophies. Having resisted standing up a substantial online operation for some time – online sales until now limited to a handful of ambient products and booze – the discounter appears to have finally found its footing in the so-called ‘new normal’.

The majors have all massively ramped up online delivery slots over the course of the lockdown. Existing partnerships have been expanded –Morrisons last month more than doubling the number of stores serving its online partner Amazon Prime Now. New ones have been forged – M&S ramping up the number of stores offering Deliveroo delivery in May to 142.

Lidl remains one of few exceptions to the trend. It will now likely be kicking itself over its hesitancy – it registered a holding company called Lidl Digital Logistics with Companies House in 2018, having appointed a digital director in 2016. It’s still yet to act here, despite well-established online deliveries in Ireland through its partnership with Buymie.

By doing nothing, Aldi (burnt perhaps by its far less smooth experience in Ireland) risked letting rivals get a head-start in a post-pandemic world where the consensus is that online grocery will have far greater penetration.

Will it work? Convenience comes at a cost for online grocery customers, a premium that doesn’t quite fit with Aldi’s raison d’être. Nevertheless, those with no other option but to stay indoors could be appreciative of any reduction to their weekly shop they can find.

The biggest winner here though is Amazon. Its investment in Deliveroo was last month provisionally cleared by the Competition & Markets Authority, giving it significant influence over the financially struggling courier. The two companies – if they can be considered distinct any more – are now involved in the online grocery operations of Morrisons (currently building dedicated space for Amazon Pick & Pack services into its stores), Co-op, M&S and Aldi (as well as Sainsbury’s hot food service).

As Parsley Box chair and Move Fresh CEO Kevin Dorren put it in his submission to the authority, published last week: “The major concern is a further tightening of Amazon’s grip in e-commerce retail in the UK with an extension of its use of Deliveroo to achieve last mile delivery in convenience grocery.”

Whichever way the current supermarket scramble to dominate online grocery pans out, one thing is for sure: Amazon is leading the race.