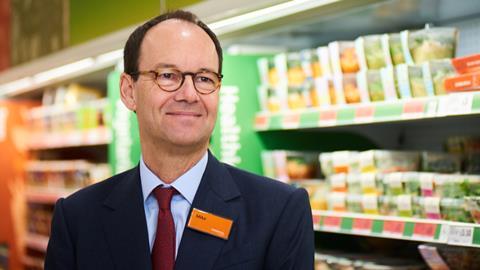 After six years at the helm, Mike Coupe has announced his retirement. Here we look back at his time on the job. 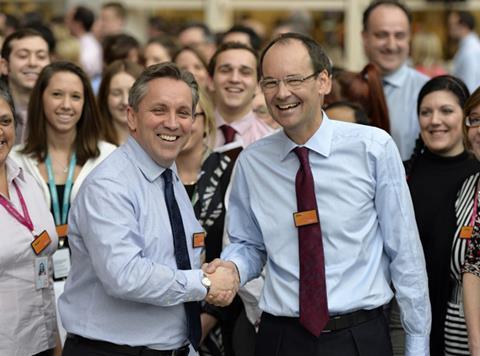 Justin King steps down and Coupe is named as his successor

After 10 years at the helm of Sainsbury’s, Justin King signalled his departure and announced he was to be replaced by Mike Coupe.

“It has been a privilege to have led the company for the past 10 years and I am incredibly proud of our achievements in that time,” said King. “It is the 157,000 colleagues that make Sainsbury’s so special and I would like to thank them for their amazing efforts over the last decade in making Sainsbury’s great again.”

Coupe, who joined Sainsbury’s in October 2004, had been commercial director since July 2010 and said at the time: “It’s an absolute honour to be appointed as the new CEO of Sainsbury’s in this, the company’s 145th year, and at a time when, thanks to Justin’s leadership, we have been consistently outperforming the market.”

Of his appointment, Sainsbury’s then-chairman David Tyler said: “No one knows Sainsbury’s – or the industry – better than Mike.” 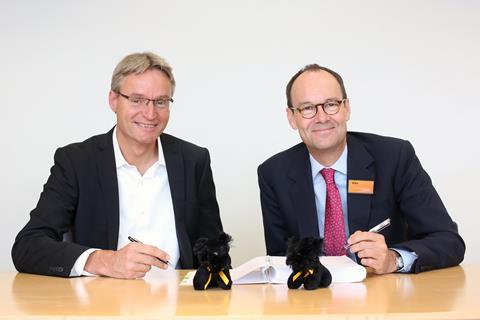 In a shock move to combat the growth of Aldi and Lidl, Coupe struck a deal with Dansk Supermarked Group to bring Netto stores back to the UK. More than 200 Netto stores once operated across the UK but the brand disappeared in 2010 after the stores were sold to Asda.

At the time, Coupe told The Grocer: ”Discount is a new channel for us.

“Our expertise in supermarket retail is as good as it gets, but we’re not a discounter and it makes perfect sense for us to find a partner that offers such a great cultural and operational fit as well as a brand that clearly has resonance as a discounter. We could probably have had a go ourselves, but this is better.”

Coupe takes up the job officially

Coupe was tasked with a lengthy to-do list when he took up the post of Sainsbury’s CEO. At the time, The Grocer noted tackling the second consecutive quarter of declining sales, accelerating the growth of complementary services and thinking multi-channel were top priorities for the new boss.

After previously being found guilty of breach of trust charges in Egyptian court, Coupe was acquitted in the summer of 2015.

The charges were levied against Coupe by Sainsbury’s former associate Amr el-Nasharty, after Sainsbury’s and el-Nasharty worked together on the grocer’s disastrous Egyptian venture in 1999. Having only taken the reins at Sainsbury’s in July 2014, and never having met el-Nasharty, Coupe was acquitted of all charges. 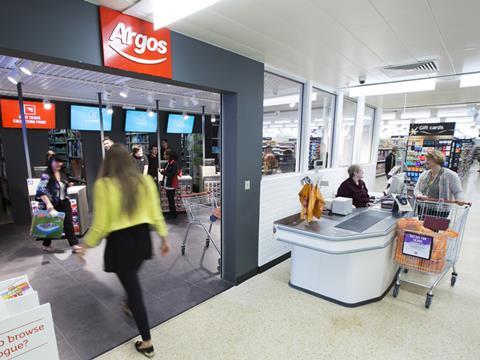 Coupe, who had been trialling Argos concessions in 10 stores since the previous summer, said the takeover would allow British consumers to shop “whenever and wherever” they wanted. “Our customers want us to offer more choice and for that choice to be faster than ever, driven by the rise of mobile phone and digital technology,” he added. “It will enhance both businesses in the way customers respond.”

Coupe killed off the bogof with his new pricing strategy. The retailer said this week it would remove multibuy deals from across its entire grocery business by August as it looked to make it easier for customers to find better value with lower regular prices. 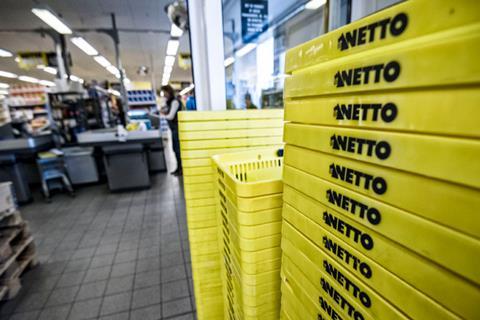 Just two years after bringing the chain back to the UK, Coupe announced that Sainsbury’s was to abandon the venture. Sainsbury’s made the decision to close all 16 stores the following month.

Coupe took the “difficult decision” after reviewing the business and concluding it would need “significant investment and rapid expansion in a challenging property market”. It cost Sainsbury’s an estimated £10m to wind down the venture and the £20m value of the project was written down to zero.

Sainsbury’s pulls out of deal to buy Nisa

Sainsbury’s decided not to make a formal offer for Nisa during its exclusivity period.

In a note, seen by The Grocer, Nisa chairman Peter Hartley told members that Sainsbury’s wouldn’t be making its potential £130m bid until after the Competition & Markets Authority published its verdict on the Tesco-Booker merger, which was set to occur towards the end of the year.

Three months later, Nisa members voted to agree to the £137m sale of the buying group to the Co-op. 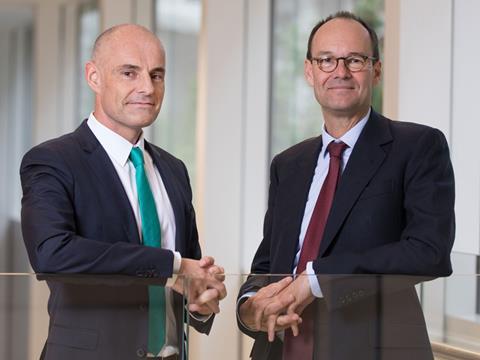 Sainsbury’s promised to create a “dynamic new player in UK retail, with an outstanding breadth of products delivered through multiple channels” with a shock, multibillion mega-merger with Asda.

The proposed deal  would see Sainsbury’s retain control thanks to a £2.975bn cash payment to Walmart. The then chairman (David Tyler), Coupe and CFO Kevin O’Byrne would all hail from Holborn, which would remain the HQ. In return Walmart would take a 42% stake, and have two seats on the board. Asda would continue to be run by CEO Roger Burnley.

Coupe was handed an annual pay package worth £3.43m after receiving higher performance-related bonuses during 2018.

Sainsbury’s accused the CMA of “fundamentally misunderstanding” consumers after it delivered its hammer blow provisional findings report on the Sainsbury’s-Asda merger. The CMA said the deal would lead to a “worse experience” for both in-store and online shoppers nationally, by leading to reductions in the range and quality of products offered.

At the time, Sainsbury’s sources admitted to The Grocer it was hard to see a way through for the merger with Sainsbury’s unless it could persuade the CMA to “fundamentally rethink” its position on the deal. Coupe accused the CMA of “moving the goalposts”.

In an effort to smooth the deal through, Coupe and Burnley offered to sell off both supermarkets and petrol forecourts, and pledged to deliver £1bn worth of lower prices.

The supermarkets said the savings would equate to around 10% on everyday lines, and would come to fruition by the third year following their merger. These included investing £300m in the first year, followed by a further £700m over the following two years.

The writing was on the wall for the mega-merger, but the final report concluded the merger would lead to rising prices and reduced quality for UK shoppers. And while there had been speculation that Sainsbury’s and Asda would challenge the decision in the courts, the two parties hastily threw in the towel within minutes of the CMA’s announcement – though not before Sainsbury’s CEO Mike Coupe delivered a final swipe, accusing the CMA of “taking £1bn out of customers’ pockets”.

Embattled Coupe insisted the future was bright for Sainsbury’s and vowed to stay for “months and years”, despite the failed merger.

In another incident-filled week for Sainsbury’s – in which Greenpeace protesters stormed its HQ – the CEO issued a robust defence of the doomed bid at its annual results, insisting the deal was “ancient history” and promising that Sainsbury’s “was doing all the things we need to do in terms of adapting our business to our changing customers’ needs”. Coupe committed himself to the business “for months and years into the future”. 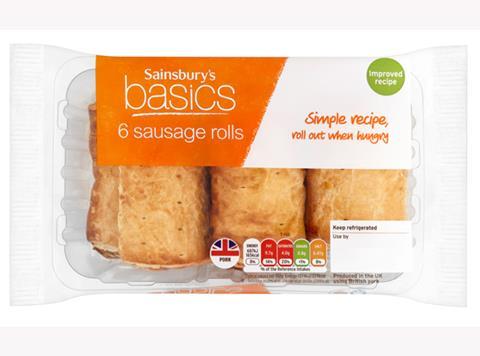 Fewer than six months since the CMA blocked the mega-merger, Coupe launched a new five-year strategic vision and insisted “this is not plan B, it is very much plan A”.

The vision included a dramatic review of its store estate; the launch of a host of new tertiary brands in a move similar to the Exclusively at Tesco value brands strategy; the development of two new convenience store concepts; and the further integration of the Argos business it bought in 2016.

The plan also heralded the end for entry-level own-label brand Basics. Sainsbury’s is replacing it with 120 new products and 12 new tertiary brand names including Stamford St Food Brands and Daily’s.

Coupe announced his intention to retire in May, when he will be replaced by current retail & operations director Simon Roberts. He will remain a director from 1 June until the AGM on 2 July 2020, at which point he will retire from the company.

Roberts was selected as his replacement after a search process led by chairman Martin Scicluna and will take on the role of CEO from 1 June 2020.

Scicluna said: “Mike is an exceptional chief executive. His knowledge and understanding of the retail sector and customer behaviour is second to none. Mike has been bold and ambitious on behalf of our shareholders, customers and our colleagues. Investing heavily in convenience, online and our digital capability, selling Sainsbury’s pharmacy business and acquiring Argos and Nectar have all been sound strategic moves. These set us up well as we come together to create one multi-brand, multi-channel business for our customers.”