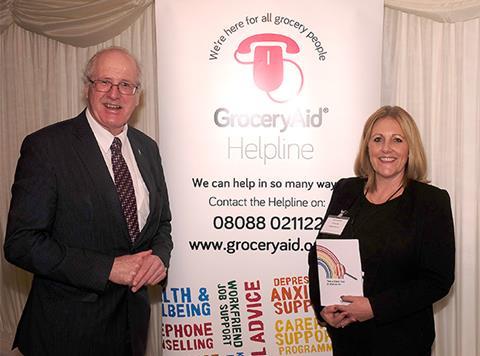 GroceryAid has massively increased the crisis grants it gives to existing and former grocery industry workers so far this financial year.

Ruston Smith, chair of GroceryAid trustees, revealed to MPs last week that the charity had seen an 85% surge in crisis grants between April and December 2017 compared to the same period the year before..

Smith was speaking at a reception at the Houses of Parliament sponsored by the FWD, attended by 18 MPs from across the UK to find out more about the charity and the support it can provide to those in need.

He said 90% of grants were distributed to those of working age and applications had increased by 30%.

GroceryAid welfare director Mandi Leonard attributed the increases to better signposting by referral partners such as Turn2Us and Macmillan.

Work the charity was undertaking with employers to increase awareness among staff had also contributed, she added.

Leonard said fundraising income would have to grow to match the need for support, though GroceryAid had never failed to support a grocery colleague in distress that met its criteria for support.

“At this present moment we have sufficient funds but we need a step change on income generation and that is why, for example, we have launched Barcode - a first-ever industry festival, which we hope will be a game-changer for our fundraising capability.”

Crisis payments are one-off non-repayable grants that provide financial relief in times of hardship as a result of an unexpected gap in income - often because of illness, redundancy, relationship breakdown or the need to reduce working hours due to caring responsibilities.

It considers applications from those currently in the grocery industry who have at least three years’ service or five years’ grocery employment if they no longer work in the industry.

A single grant is usually allowed within a 12-month period unless there is a significant change in circumstances.

FWD chief executive James Bielby said: “In every parliamentary constituency, there are people in need whose connection to a food manufacturer, wholesaler or grocery store entitles them to the help and advice provided by GroceryAid.

“However, many potential beneficiaries may not be aware of the counselling and financial support available to them.”