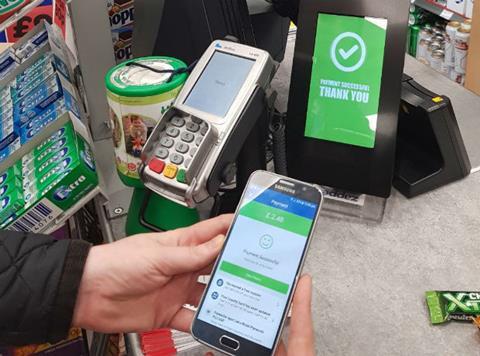 UK retail sales have partly rebounded in May, rising 12% compared to the record decline experienced the pevious month.

However, sales were still down by 13.1% on February before the impact of the coronavirus pandemic.

The value of retail sales in May rose 11.8% over April, according to the Office for National Statistics, but was still down 14.2% year on year.

Sales volume meanwhile was up 12% over April but down 13.1% against the previous year.

The rebound was mostly aided by a strong increase of 42% in household goods store sales following the opening of hardware, paints and glass stores.

Online sales spend rose to the highest proportion on record in May, at 33.4%, compared with the 30.8% reported in April..

“It was another record month for website orders with a third of sales now online, as many retailers expanded their internet presence.

“May also saw a considerable rise in fuel sales as some easing of restrictions meant more traffic on the roads.”

UK consumers have become increasingly more comfortable with buying groceries and other items in-store, as retailers reopened their doors to shoppers this week.

According to figures released by the BRC and Opinium covering the period between 12 and 15 June, 63% of consumers felt comfortable buying groceries in store compared to 51% at the beginning of May.

For non groceries, the figure rose to 41% in June versus 25% the pevious month.

And just before non-essential retailers were allowed to reopen, 13% of respondents said they intended to visit shops to browse or purchase, while 44% would only venture into shops “if necessary”.

Regarding the swate of safety measures implemented by supermarkets and retailers, the most popular between customers proves to be regular cleaning (34%), compulsory hand sanitising (33%) and one-way systems (30%).

Around 44% of consumers said they were already wearing masks, with a further 26% intending to wear them in stores in the future.

“Coronavirus is fundamentally changing our experience of shopping. Consumers and retailers are adapting to this new normal; the public are making their own judgements about how to stay safe and retailers have made significant investment in safety measures in stores. This has helped more and more people feel comfortable to go out and visit their local high street,” BRC CEO Helen Dickinson said.

“Ultimately the future of thousands of shops and millions of jobs depend on the public’s decision to go out and support shops across the country. Retailers have spent millions of pounds making stores safe for customers and it is essential that the initial burst of enthusiasm seen on the high streets this week continues in the months ahead.

“It will continue to be a difficult time for retail, but with the support of the public and Government, the UK’s largest private sector employer will continue to play a vital part in all our lives.”

Furthermore, UK consumer confidence has finally improved in June, with Britons feeling more positively about their own finances than they were a month ago.

According to figures released by GfK, the UK’s Consumer Confidence Index increased six points to -30 for June, with all measures increasing compared to the beginning of the month.

Consumers felt more positive about their personal economic situation, with the index measuring personal finances over the past 12 months up one point to -9, eight points lower than June 2019.

The forecast for personal finances over the next 12 months is up six points to -4 this month, six points lower than last year.

With regards to the general economic situation of the country over the past year, consumers felt slightly more positive with the index rising one point to -59.

Expectations for the general economic situation over the coming 12 months are up by nine points at -48 points, 15 points lower than June 2019.

Joe Staton, GfK’s Client Strategy Director, said: “We have a six-point uptick in the Overall Index Score with all measures up and particularly strong increases in future perceptions of personal finances and the economy.

“But we still have a story that’s about negative numbers so it’s too early to say that consumers are moving on from the COVID-19 crisis. The initial fall we announced on April 6th (-9 down to -34) was the biggest ever since this survey’s origins in 1974. This latest improvement may be misleading.”

The Overall Index Score increased by six points over the past two weeks. All five measures increased.