Bestway annual profits up 8.5% ahead of Bargain Booze swoop 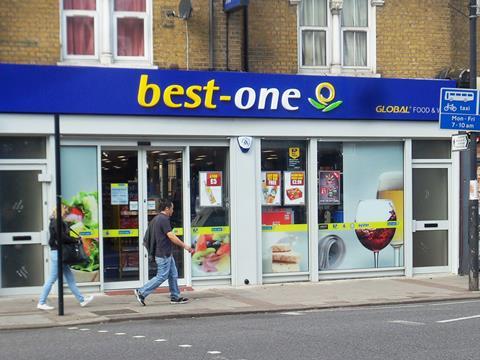 All businesses were profitable during the period, attributed to the underlying performance of the Wholesale and Cement businesses and the benefit of devaluation of the pound.

Revenue in the wholesale business fell 2% to £2.13bn, a fall Bestway said was in line with the performance of the broader wholesale sector because of the pressure on tobacco sales.

Bestway said this was an encouraging performance helped by margins increasing to historic levels and increased loyalty from customers following the decisions to invest in margin in 2016.

In symbol and club, Best-one and Xtra Local retail club membership continued to grow as Bestway ensured greater discipline and compliance among its affiliated stores.

Sales through best-one increased by 19.7% - ex tobacco - and 12.9% overall. Retailers benefitted from rebates of more than £1m via the My Rewards rebate scheme.

Foodservice sales grew 7.6% with increases in both its catering and contracts businesses while Pet sales were up 7.9%.

The online business now has 62,000 registered users, up from 37,000 the previous year. Weekly sales grew 12% with total app and website sales averaging £26m a month.

The mobile app accounted for nearly 25% of all online transactions, compared with 15% previously.

Bestway said that in the UK, both the food and drink, and pharmacy sectors had been under significant pressure with the continuing encroachment of the multiple retailers into the convenience space and the reduction in National Health Service funding and drug reimbursement prices respectively.

The group refinanced the £290m outstanding debt in September 2017 and this new facility provides it with the funding security to develop its businesses and execute its growth strategy.

Zameer Choudrey, group chief executive, said 2017 had been a year of profit growth and rapid debt repayment for the group.

“Despite difficult business conditions and uncertainty in the UK, we have maintained our market share across the Wholesale and Pharmacy businesses while delivering significant profit growth in our Cement and Banking interests in Pakistan.”

Tim Davies, chief executive, was “very pleased” with the group’s performance during six months to 3 March, which slightly exceeded the board’s expectations.

“This strong performance demonstrates the excellent recovery made in our engineering division and builds upon the strategic progress made during the last year.”

Davies said the potential impacts of Brexit on UK agriculture in relation to direct payments to farmers in the near term were clearer although uncertainty remained on the issue of trade agreements both within the EU and the rest of the world.

“The clarity relating to direct support, together with improving farm incomes, means we are starting to see renewed confidence in the outlook for the industry. Our Engineering business is recovering well and we have strengthened management to drive further growth.”

Trading in the second half had started well and the board now anticipated trading for the full year would be slightly ahead of its previous expectations.

“We are confident that our breadth of product offering, investments in acquisitions and research, and our international footprint leaves us well positioned for further growth across both our divisions in the medium term,” Davies said.

A busier week than of late with scheduled announcements beginning with Carr’s Group (CARR) with its interim figures today.

The latest Consumer Prices and Retail Prices Indices will be announced on Wednesday.

Unilever (ULVR) reports its first-quarter figures on Thursday, the same day as the Office for National Statistics’ Retail sales data for March.

Reckitt Benckiser Group (RB) is scheduled to make a trading statement on Friday.